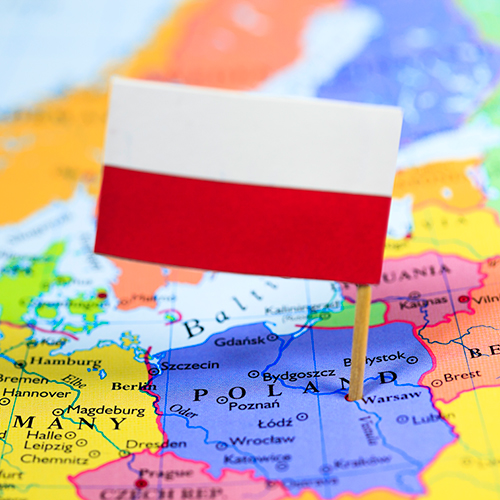 Late last week, tens of thousands of Polish citizens took to the streets—and citizens around the world took to social media—to protest three legislative proposals that would severely impair the independence of Poland’s judiciary and weaken the Rule of Law in the country. Protesters used the hashtag #wolnesądy, or "free courts,” to mark their efforts.

Polish judges are currently chosen through a process that resembles the commission-based appointment process, or “merit selection,” used to select at least some judges in 30 U.S. states (and that IAALS champions as a “best practice”). Poland’s 25-member National Council of the Judiciary, a constitutionally authorized body, screens candidates for most judgeships and proposes appointees to the President. (The Council is also responsible for judicial discipline.) Council members include appointees of the President, Parliament, and judges themselves.

One of the laws passed by the Polish Parliament would have forced the resignation of all Supreme Court justices and authorized the Justice Minister, who is appointed by the President, to select their replacements. A second would have given the government-appointed members of the National Council of the Judiciary veto power over judicial candidates.

At their very essence, these laws sought to replace the Rule of Law with the rule of men.

“The judicial branch of government is responsible for assuring that all persons, from governmental actors to private individuals, receive the full benefits of the rule of law. To guarantee that the courts apply the law fairly and equally, we must assure that the judges presiding over disputes are independent, impartial, and well-qualified.”

These proposals by Poland’s ironically named Law and Justice Party undoubtedly fly in the face of the notion of an impartial judiciary.

The European Union quickly weighed in, warning the Polish government that passage of the laws could result in legal sanctions, including fines and a possible suspension of EU voting rights. The U.S. State Department responded as well, asserting that “the Polish government has continued to pursue legislation that appears to undermine judicial independence and weaken the rule of law in Poland.”

On Monday, defenders of the independence of the judiciary and the Rule of Law breathed a sigh of relief when, in an unexpected move, President Andrzej Duda vetoed the two laws. He stated, “I feel that the reform in this shape will not increase the sense of security and justice,” and he went on to ask lawmakers to rewrite the bills.

Mr. Duda did, however, sign a third bill directed at the local judiciary. That bill gives the Justice Minister the authority to select the heads of local courts and, in some instances, to assign cases to particular judges.

Parliament has the authority to override the veto by a three-fifths vote, but the Law and Justice Party would need buy-in from other parties to achieve that. While protesters reacted with surprise and relief, the situation continues to be fluid.

Poland should serve as a reminder about the importance of the Rule of Law and how it needs defenders to survive.