Rediscover the Future of Law: An Interview with Bill Sullivan 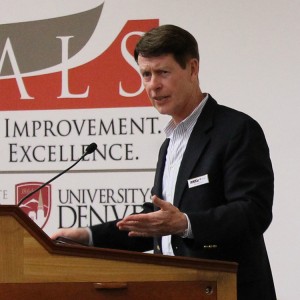 Last week, Bill Sullivan, lead author of Educating Lawyers and the founding director of Educating Tomorrow's Lawyers, did an interview with Insight Labs on the future of law, discussing legal education (and reform history), the Carnegie Report, experiential education, teaching judgment, the role of the profession, and the importance of law in society. It's worth reading in full, but here's a glimpse:

On variations among schools

"Very early in the work for the Carnegie report, we discovered that there was very little variation in law schools. Where there was variation, it was usually because a school had been started with a mission or purpose beyond just educating lawyers generically for the national market."

On the lack of law school diversity on the Supreme Court

"Sociologically, this is a case of the constitution of a field where the early adopters achieve a kind of legitimacy that replicates itself. Increasingly across the 20th century, to have a 'real law school' meant to have a law school like Harvard Law."

On the role of law in society

"The number of people who become 'citizens of the profession' has always been fairly small. But because of the way law has evolved in the last 50 years, it is even more of a problem now. There is a great deal of cynicism about whether the law can or does deliver justice. The fallback is to say that it delivers an acceptable level of social order, that it keeps things from getting out of control."