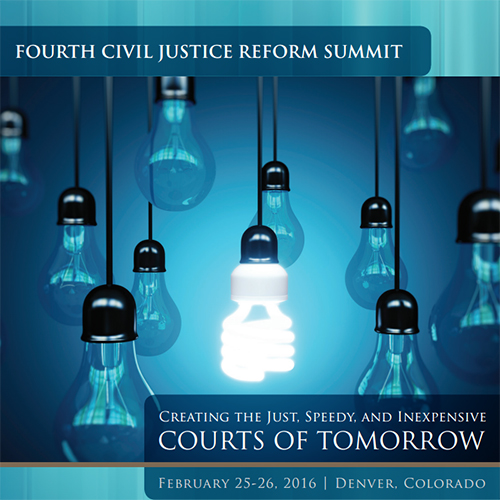 We are excited to open registration for IAALS’ Fourth Civil Justice Reform Summit, which will be held in Denver, February 25-26, 2016. The Summit will feature nationally renowned faculty discussing the challenges of implementing change and engaging in a dialogue with participants regarding the necessary next steps for creating the just, speedy, and inexpensive courts of tomorrow.

IAALS’ first Summit in 2007 looked to civil justice system "best practices" around the United States and the world, with Lord Harry Woolf of Barnes speaking on England’s legal system overhaul. IAALS’ Second and Third Summits focused on civil justice reform efforts following the IAALS and ACTL Task Force joint Final Report, including the establishment of pilot projects and their evaluation.

Now, we are thrilled to host this fourth Summit, which comes at a time where we are in the midst of major reform efforts in the United States, both at the state and federal level. We expect to see the culmination of great efforts toward reform in the next year, with the impending rule amendments at the federal level and expected recommendations from the Conference of Chief Justices Civil Justice Improvements Committee at the state level.

It took much hard work to get this far, but to achieve the full impact of these recommendations and reforms, it ultimately comes down to implementation, including much needed education and culture change.

The Summit will focus on the themes that have extended across state and federal efforts:

Practitioners from both sides of the “v”, as well as judges, court administrators, and professors will create lively discussion with attendees on how best to move from these abstract concepts to meaningful implementation on the ground. The role of attorneys, judges, and the courts will be key, as will the use of technology to ensure our courts remain relevant. The Summit will provide an opportunity to discuss challenges and brainstorm next steps. We hope you will join us. 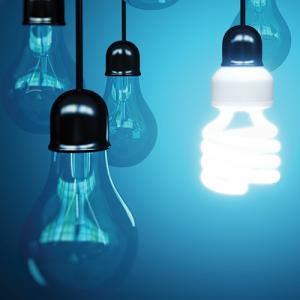