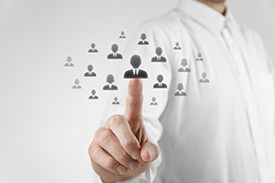 IAALS Online recently summarized anticipated efforts in 2014 to alter processes for selecting state court judges, and a recent article in the ABA Journal honed in on a common trend in a handful of these states with commission-based gubernatorial appointment of appellate judges. In Kansas, Oklahoma, and Tennessee, as in Arizona and Florida in recent years, legislative proposals are aimed at directly or indirectly expanding the governor's appointing authority.

In Tennessee, such a proposal is already slated for the November ballot, calling for pure gubernatorial appointment and legislative confirmation of judges. Until July of 2013, a statutorily-authorized judicial nominating commission advised the governor in appointing judges, and legislative approval was not required. (It's worth noting that Governor Haslam has created a nominating commission by executive order, and future governors will have this option.)

Last year, the Kansas legislature adopted a similar process by statute for court of appeals judges, eliminating the nominating commission and giving the governor full discretion in choosing these judges, with senate sign-off. In the coming months, the legislature is expected to pursue a constitutional amendment that will include supreme court justices, and a similar effort may be undertaken in Oklahoma.

At the same time, Florida legislators have focused on giving the governor greater discretion in selecting members of the state's nominating commissions by eliminating tenure protections. Governor Scott himself has taken the unprecedented step among Florida governors of rejecting the Florida Bar's proposed appointees to these commissions. The bar recommends candidates for four of the nine seats on each of twenty-six commissions, but according to the ABA Journal article, Scott has rejected more than 83 percent of the bar's recommendations.

O'Connor Advisory Committee member Sandy D'Alemberte served in the Florida legislature in the late 1960s and early 1970s and helped to craft the legislation that established the state's judicial merit selection process. According to D'Alemberte, the ongoing campaign in Florida threatens to politicize a judiciary that has distinguished itself for decades. The same can be said of efforts in the other states as well.