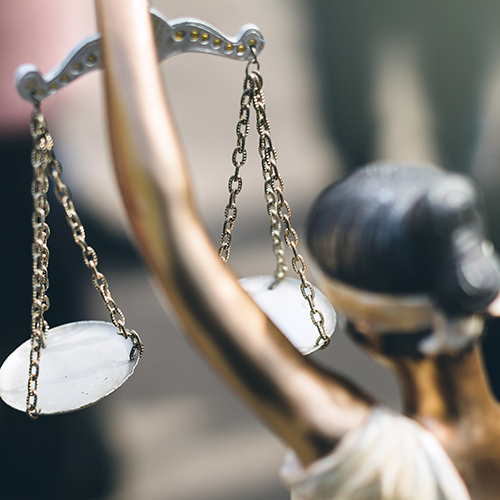 As reported by the Washington Post, the President is not the only one who has taken on the courts recently: it is also happening in state legislatures around the country. This comes as no surprise to state court watchers; in fact, legislation targeting state courts for unpopular decisions is now commonplace. (Our March 2016, January 2015, and February 2014 blog posts chronicle these efforts.)

Some of these legislative proposals seek to limit judicial authority directly. Arizona’s House of Representatives approved a measure this session that would bar state courts from enforcing federal court decisions not approved by Congress, and Texas legislators are considering a similar proposal. A similar bill in Idaho would prohibit state courts from enforcing federal court rulings deemed unconstitutional by the state legislature. Lawmakers in Florida and Washington have put forth bills that would allow their legislature to override court decisions that find state laws unconstitutional; the Washington bill is titled the “Balance of Powers Restoration Act.”

The Wyoming Senate approved a measure to bar state courts from hearing challenges to K-12 education funding, though the House later suspended consideration of the bill indefinitely. A host of state legislatures are considering proposals that would ban the use of foreign or international law in state courts.

Proposals in other states target processes for selecting and retaining judges, with many seeking to make these processes more political and less focused on judicial qualifications. Oklahoma’s Senate Judiciary Committee has approved five measures that would replace commission-based appointment of appellate judges with contested elections, limit the role of the judicial nominating commission in identifying the best qualified applicants, allow the governor to replace some lawyer members of the commission, and require appellate judges to get 60 percent “yes” votes to be retained. Committees in Missouri and Iowa have approved two bills similar to ones moving forward in Oklahoma; one would require the nominating commission to submit the names of all qualified judicial applicants to the governor, and the other would reduce the number of bar-selected attorney members of the commission.

The Republican-led North Carolina General Assembly sent to the Democratic governor a bill that would make judicial elections partisan contests in the future, and the House of Representatives has approved bills that would reduce the size of the state’s court of appeals from 15 to 12 judges and transfer the governor’s authority to fill vacancies on the district court and special superior court to the legislature.

Florida’s House Judiciary Committee signed off on a measure that would limit appellate judges to two, six-year terms. Utah’s House of Representatives advanced a bill that would bar diversity considerations in choosing judges, but the senate killed it with a disfavored amendment.

As with recent criticism of the federal courts, nearly all these anti-court proposals are motivated by perceived activism on the part of state court judges. While not all these proposals will become law, the question is what we can do to address apparently deep-seated concerns and misunderstandings about the role of the courts in our tri-partite system of government. Clearly, the gulf is wide and deep, and it threatens to undermine general faith in the fairness, integrity, and legitimacy of our courts.

(Thanks, as always, to our friends at Gavel to Gavel, whose outstanding research is an essential tool in tracking legislative activity affecting the courts.)