A Well-Deserved Recognition for Our Judges 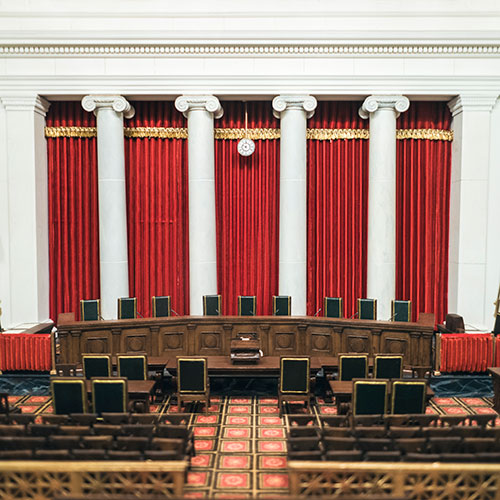 Last year, U.S. Supreme Court Chief Justice Roberts dedicated his 2015 year-end report on the State of the Judiciary to extolling the new amendments to the Federal Rules of Civil Procedure. He noted the amendments serve as an important stride forward, but that we would only achieve a just, speedy, and inexpensive system if the entire legal community, including the bench, bar, and legal academy, “step up to the challenge of making real change.”

This year, in his 2016 year-end report, he focused on the “crucial role” that our federal district court judges play in achieving those goals.

“The men and women across the country who today serve as district judges are generally not well known . . . but they deserve tremendous respect. While the Supreme Court is often the focus of public attention, our system of justice depends fundamentally on the skill, hard work, and dedication of those outside the limelight.”

The Chief Justice recognized the important role our judges play in the pretrial process, recognizing that judges must be active and astute problem solvers to help resolve disputes efficiently with minimal expense and delay. He likened a judge’s active engagement in managing his or her docket to a lumberjack who “saves time when he takes the time to sharpen his ax.”

“A district judge’s skillful exercise of docket administration and case management can often narrow a case to a small number of issues truly in dispute and may even resolve the matter through settlement.”

The Chief Justice also made mention of the pilot projects that will be adopted in district courts around the country this year, with district judges implementing promising case management techniques and discovery procedures aimed at reducing the costs of discovery. The goal of the pilot projects is to provide the experience and empirical support that could lead to future amendments.

Our judges, both state and federal, “make a difference every day, and leave a lasting legacy, by making our society more fair and just.” We, too, are grateful for their service.