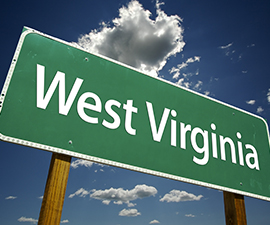 The West Virginia legislature has passed, and the governor has signed, a bill that makes elections for the state's judges nonpartisan.

West Virginia's judicial elections attracted the national spotlight in 2009, when the U.S. Supreme Court weighed in on the question of when judicial campaign support required a justice's recusal from litigation involving the supporter. The justice in question had benefited from $3 million in spending by a party to a case before the West Virginia Supreme Court of Appeals, but the justice participated in the case and joined a majority that ruled in favor of his campaign supporter. In Caperton v. Massey, the U.S. Supreme Court ruled that the Fourteenth Amendment's due process guarantee called for the justice to disqualify himself, because of the "serious, objective risk of actual bias."

In the wake of the Caperton decision, state lawmakers established a pilot program for public financing of the 2012 supreme court races, but a subsequent state high court ruling that disallowed matching funds effectively gutted the program. The nonpartisan election law is another effort to address concerns about the state's judicial elections.

Despite the new legislation, it is not possible to remove all traces of partisanship from judicial races. Judicial candidates are often still permitted to identify themselves as members of political parties, and political parties may be some of the biggest supporters of judicial candidates—even in states with nonpartisan elections. But moving to nonpartisan elections does go a long way toward correcting the misperception that judges are partisan officials like chief executives and legislators and are beholden to a particular constituency. Of the 34 states that choose at least some judges in contestable elections, only 14 states now do so in partisan contests.

An additional consequence of the new law is that it effectively ends straight-ticket voting for judges, now only permitted in two states—Alabama and Texas. The new law also alters the timing of judicial elections, moving them to take place during the statewide primary elections in May. Several other states hold their judicial elections at times other than the general election, believing this will serve to limit the politicization of these races. It may have the additional effect, however, of decreasing voter turnout.