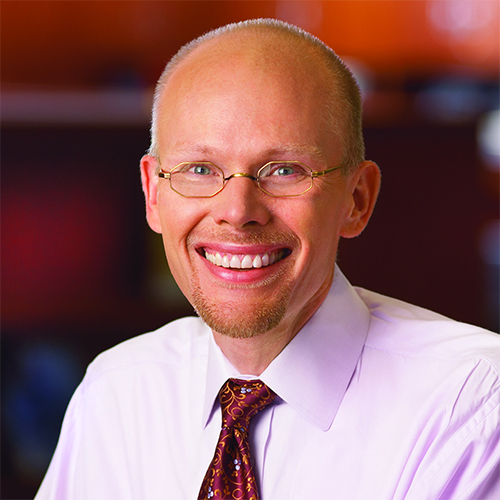 I aim to equip my students with the skills that they need to lead successful and rewarding professional lives. This means not only providing them with substantive knowledge of the tax laws but also the analytical, research, and writing skills that are key to success. It likewise means starting students thinking about the type of professional they wish to be and introducing them to both the social justice aspects of tax law and their part in shaping the role of tax law in our society.

International Tax is an advanced tax course taken by upper-level students. The course is designed to transmit substantive knowledge about U.S. international tax rules to students and to prepare them for the practice of tax law. Innovations: (1) The course is taught primarily through a problem-based approach. I provide a short amount of lecture/Socratic discussion to lay a foundation before working on problem sets (though sometimes we go directly to the problems and learn the rules only through them). The problems are discussed as a group in a collaborative atmosphere, while holding students responsible for class preparation. The problems let me place students in the role of a lawyer advising a client and, as in practice, provide them with a concrete factual situation to which they can apply the legal rules. (2) Using a problem-based approach, ethical issues often lurk in the problems and we discuss those issues as a group whenever they arise. In addition, I often show a PBS video on tax shelters and follow that with a discussion of the role of the professional in tax shelters, asking students to consider how they would react to being asked to work on this or similar aggressive tax planning. (3) The grade for the course is based on a series of research and writing assignments rather than an exam. This approach maps onto all three of the apprenticeships.

Overview. In my International Tax course, my goal is to build on the foundation that I lay in my Federal Income Tax course and to provide my students with more targeted preparation for practicing tax law. I aim to expose them to a much greater level of practical problem solving. I also aim for them to develop and hone the research and writing skills that will be essential to their success in the practice of tax law, which, more than almost any other area of law practice, can involve significant research and writing responsibilities even into the senior levels of practice. Though I have always taught this course using the problem-based approach and broached ethical issues as they arise in the problems, it took a few years of teaching before I moved away from grading students using a final exam and instead began to use writing assignments. This first began some eight or nine years ago because I realized that, given the complexity and technical nature of the subject, an exam was frustrating both to me and to the students. Searching for an alternative, I quickly settled on the idea of helping to better train students for the actual practice of tax law by developing their research and writing skills—the skills that were essential to my own practice before entering teaching. In the first iteration of the revamped course, I had students work on a single, large writing assignment that was due at the end of the semester. This proved to be little better than the final exam. Even though the writing was practical and highly structured (a private letter ruling request), the students struggled with it. After discussing my frustrations with colleagues, I next moved to the format that I now use: training in research followed by a purely research assignment, next followed by a series of three assignments that ask students to write the typical memorandum to a partner (or the file) that tax lawyers prepare everyday.

The first assignment is purely a research assignment. I take two class periods to provide training in how to conduct tax research. The assignment then requires the students to undertake a series of research tasks using electronic and hard copy resources. The students perform the same research task using each of four different resources. In the practice of law, a good lawyer (particularly a good junior lawyer) is one who is able to research efficiently—that is, both quickly and at as little cost to the client as possible. The only way to learn to research efficiently is by discovering, through experience, the strengths and weaknesses of various research tools. To help learn this lesson, at the end of each task, students to reflect on and describe the relative efficiency of each resource in helping them to complete the assigned task. The following three assignments then build on this first assignment. The assignments take the form of a memorandum from a tax partner in a law firm to a tax associate and are often deliberately crafted to replicate some nonsubstantive problem or issue that students face when entering practice (e.g., learning and explaining unfamiliar aspects of the law or dealing with an area in flux). Students are also told to keep others who might be given their memo in mind (e.g., clients or a future associate working on the client).

This approach—using problem sets, actively engaging with ethical issues raised by the problems, and focusing the graded work on developing student research and writing skills—is easily transferable to almost any other advanced tax course. There are some good casebooks with problem sets for advanced tax courses. I typically build assignments into the course after each unit that we cover. The writing assignments are used to deepen student knowledge and mastery of the subject (as well as of the skill of communicating that knowledge to others) by having them engage in further research in areas that we have covered in the unit or by having them explore a topic that was either not covered (or not well covered) in the problems and discussion in the textbook. By having each assignment follow a unit, the assignments can be spaced out through the semester in a way that allows students sufficient time to work on them and the teacher sufficient time to read and provide formative feedback on each assignment before the next assignment is given to the students.

The evidence of student learning is found in their written work product and in the discussion of the problems that occupies in each class during the semester. With regard to the written work, the improvement from the first to the last memorandum is usually marked. In fact, students have used their last memorandum (which I still provide them detailed feedback on, even though there is no subsequent assignment) as a writing sample when seeking employment. Based on my experience in this course, I plan to transition my Partnership Tax course (which I am only teaching for the second time this coming spring) to the same model. After teaching it once, I think that it (and the students) could benefit from this move.