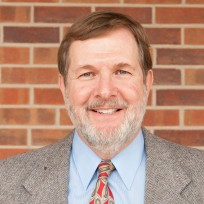 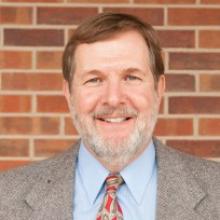 Law schools need to do an especially good job of teaching negotiation; it is a significant part of the work of virtually all practicing lawyers, regardless of whether they handle civil or criminal matters or whether they do litigation or transactional work. Faculty can help students develop professional identities through simulated experiences showing how negotiation fits into legal practice.

This is an elective course that students take in their second or third year. It builds on a required first-year course at Missouri, Lawyering: Problem-Solving and Dispute Resolution, which provides a brief introduction to lawyer-client relationships, interviewing and counseling, negotiation, mediation advocacy, and other dispute resolution methods. If students do not have such preliminary instruction, faculty presumably would incorporate some of that material into this course and reduce the material in the attached syllabus.

My goal in this course is to provide students with the most realistic understanding of how lawyers actually negotiate in the real world. So this course gives students extensive simulated experiences to help them understand how negotiation fits into the “big picture” of legal practice. The theory of the course is described in my article, Teaching Students to Negotiate Like a Lawyer.

Unlike most negotiation courses, which generally rely exclusively or primarily on numerous one-stage simulations where students “parachute” into the final stages of negotiations, this course incorporates two six-stage simulations, starting from the initial client interviews and including factual investigation and working with counterpart lawyers. Using multi-stage simulations helps students to get into their roles, deal with complex situations, focus on specific stages in a matter, see connections between various stages, and generally have more realistic experiences. This course also (1) focuses on negotiation in a wide range of situations in addition to the final resolution of disputes and transactions, and (2) includes “ordinary legal negotiation” as well as the two traditional theories of negotiation (often called positional and interest-based negotiation).

I have taught this course twice. It is a work in progress, as I describe in Lessons from Teaching Students to Negotiate Like a Lawyer. This article describes problems when I first taught the course and changes when I taught it the second time, which successfully addressed many of the problems. The article also describes possible further improvements based, in part, on a focus group of students who took the course.

Overview. The course is designed to help students: (1) increase their understanding of different negotiation approaches and perspectives, (2) become more careful observers of negotiation process, goals, tactics, and effects, (3) enhance their negotiation skills, and (4) learn to learn about negotiation.

The first half of the course focuses on discrete negotiation issues including legal and ethical issues, choice of negotiation models, identity, emotions, culture, trust, persuasion, power, justice, apologies, and handling problems in negotiation. Virtually all of the classes in the first half of the course require students to engage in short one-stage simulations, either simultaneously in small groups or in a fishbowl (or “improv[isational]”) format in the front of the class.

The second half of the course involves two multi-stage simulations of matters leading to negotiation. One simulation is of a probate dispute and the other involves the negotiation of a partnership agreement to operate a restaurant. Having two multi-stage simulations enables each student to experience both dispute and transactional negotiations and to be in the roles of both lawyers and clients. In the probate dispute, the stages include an initial client interview, developing a relationship with counterpart lawyer, legal research and argument, preparing the client, meeting with a mediator to plan a mediation, and conducting the mediation. The stages in the transactional negotiation were similar, with a few variations. The attached documents describe each stage for both simulations.

The course focuses primarily on the Carnegie apprenticeships of skills and identity but also includes significant elements of the legal doctrine apprenticeship. The skills instruction is evident throughout the course. Much of the course challenges students to reflect on how they want to practice law and what kind of lawyer they want to be. The class on legal and ethical issues has students deal with hypothetical situations involving misrepresentations and other ethical issues. We not only discuss the requirements of the ethical rules but also how students would deal with clients and counterpart lawyers in these situations and how these interactions would affect their relationships and reputations.

Dealing with clients and counterpart lawyers is a general theme throughout the course. One class deals specifically with developing relationships with counterparts in litigation and another class involves discussion between counterparts about legal issues. Law school instruction generally assumes that counterpart lawyers are always in the role of antagonistic adversaries who face off in court. In reality, counterparts often cooperate on a range of procedural matters and their discussion of legal issues in negotiation should be very different than when arguing in court.

Considering the prevalence of negotiation in lawyers’ work, their approach to negotiation is a critical part of their identities. This is especially important because of the dramatically different negotiation approaches that lawyers use. These approaches range from positional negotiation (in which the lawyers seek to gain maximum partisan advantage for their clients) to more cooperative, interest-based negotiation (in which the lawyers try to develop agreements satisfying the interests of both parties). The course introduces students to “ordinary legal negotiation,” where lawyers focus on legal or other norms as the central reference point for negotiation. Some lawyers generally use the same approach in most of their cases and other lawyers vary their approach depending on the circumstances. Providing students with multiple opportunities to experiment with different negotiation approaches helps them develop their professional identities.

Regarding the apprenticeship of legal knowledge, both multi-stage negotiations require students playing lawyers to prepare lists of information that they would try to obtain following initial client interviews. The probate simulation requires students to research the law of undue influence and write a mediation memo incorporating that research. The partnership negotiation requires students to write a memo analyzing possible dispute resolution clauses for the partnership agreement.

One of my major instructional goals is to help students develop the habit of learning to learn from their experiences. Students are graded primarily based on the written assessments at the beginning and end of the semester. Students receive the attached instructions for the assessments and written comments on the first assessment.

After simulations in virtually all classes, students are given one-page assessment forms to analyze their experience. They do not submit these assessments to me because the goal is to help them develop the habit of assessing their experiences. I encourage them to use these forms as the basis for the written assessments that they submit for a grade.

I give occasional ungraded pop quizzes at the beginning of class, which involve one or two general questions based on the assigned readings. The quizzes identify what students learned from the readings, prepare them to discuss issues in class, and motivate them to do the readings.

Students get a lot of feedback during class. Most classes begin with a brief discussion of the key issues for the class and the students’ goals for their task of the day. After they perform the simulations and fill out their assessment forms, we debrief the simulation as a class. These debriefs generally focus on what worked well and what might be done differently in the future as well as any issues relevant to the topic of the day.

Enclosed are final assessment papers from two students. The names in the papers are the fictional characters in the simulations (except for a pseudonym for a student, “Fred”).

This article describes how this course evolved over time and the lessons I learned. In general, I learned that it is important to focus the course elements to achieve the highest priority learning objectives and to omit some desirable-but-not-essential elements. In the Spring 2012 semester, I included too many elements, which provoked student resistance and probably undermined their motivation to learn. In the Fall 2012 semester, I focused much more sharply on my highest priority goals and I believe that students performed much better as a result. Self-assessment papers are particularly well designed to help students develop the habit of professional self-development.

Faculty should tailor the elements of their courses to fit their teaching goals as well as students’ prior instruction and the assumptions, ideas, and values that they are likely to bring to the course. Faculty should consider their resources and constraints as well as how well various teaching elements fit together.

Multi-stage simulations can be very effective teaching methods in a wide range of courses. For suggestions in developing and using such simulations, see Suggestions for Using Multi-Stage Simulations in Law School Courses.

The multi-stage simulations worked extremely well. The quality of the interactions and student learning seemed to be exponentially higher than in the single-stage simulations because students got into their roles to a greater extent and had much more realistic lawyering experiences. For example, one student said that the multi-stage simulations made him feel “more like a lawyer.” Students had a greater ability to feel how negotiation fits into the big picture of lawyering and relate to other aspects of litigation and transactional work. This was reflected in the quality of class discussion and the questions that they asked.

The student papers in this course were some of the best I have ever received, ranging in quality from pretty good to outstanding.

I conducted a small focus group of students after the Fall semester and got feedback that was generally consistent with my impressions. Based on students’ comments, I learned that some wanted more critical feedback after the improv simulations. I think that students gave each other good suggestions, though some students may not have realized this because the comments may have been “too” tactful. So I will need to work with students about the most useful ways to give each other feedback. Students also suggested dividing the final assessment paper into two smaller papers, which will seem less daunting and provide an extra opportunity for feedback.