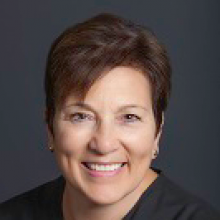 Kristen L. Mix was appointed to the federal bench in 2007. In addition to serving as a full-time Magistrate Judge on the United States District Court for the District of Colorado, she has developed expertise in administration of the Magistrate Judge system in the federal courts, access to justice and diversity issues. In 2014, Judge Mix created a public-sector externship program which has resulted in placement of more than 150 local, diverse law students in public-sector legal externships.

Judge Mix is the founder of the Federal Pro Se Clinic in the District of Colorado’s Alfred A. Arraj United States Courthouse, which provides free legal services to pro se litigants in federal court. She is the President-elect of the Federal Magistrate Judges Association, an adjunct faculty member at the University of Colorado School of Law, and a frequent writer and speaker on the law.