Justice Needs and Satisfaction in the United States of America 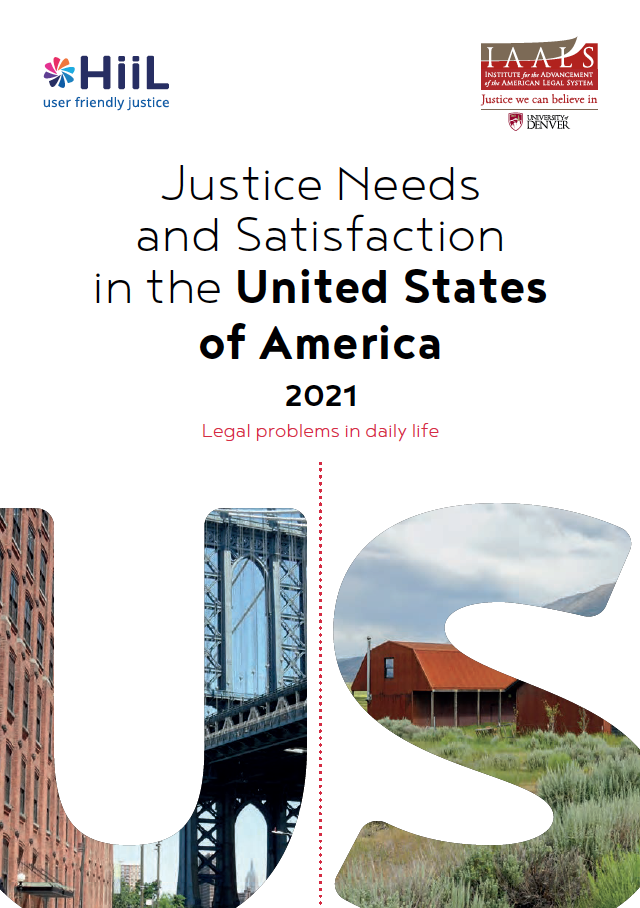 IAALS and HiiL launched this nationwide effort to assess legal needs in the United States across all income levels. This is the first nationwide survey of its size to measure how Americans across a broad range of socio-demographic groups experience and resolve their legal problems.

Interact directly with the survey data in the Justice Dashboard below.

This nationwide data can lead to a greater understanding of the justice needs that exist and help inform and better target reform efforts. With 120 million legal problems not reaching a fair resolution every year, it is clear that there is a broad societal need for reform.