Public Perspectives on Trust and Confidence in the Courts 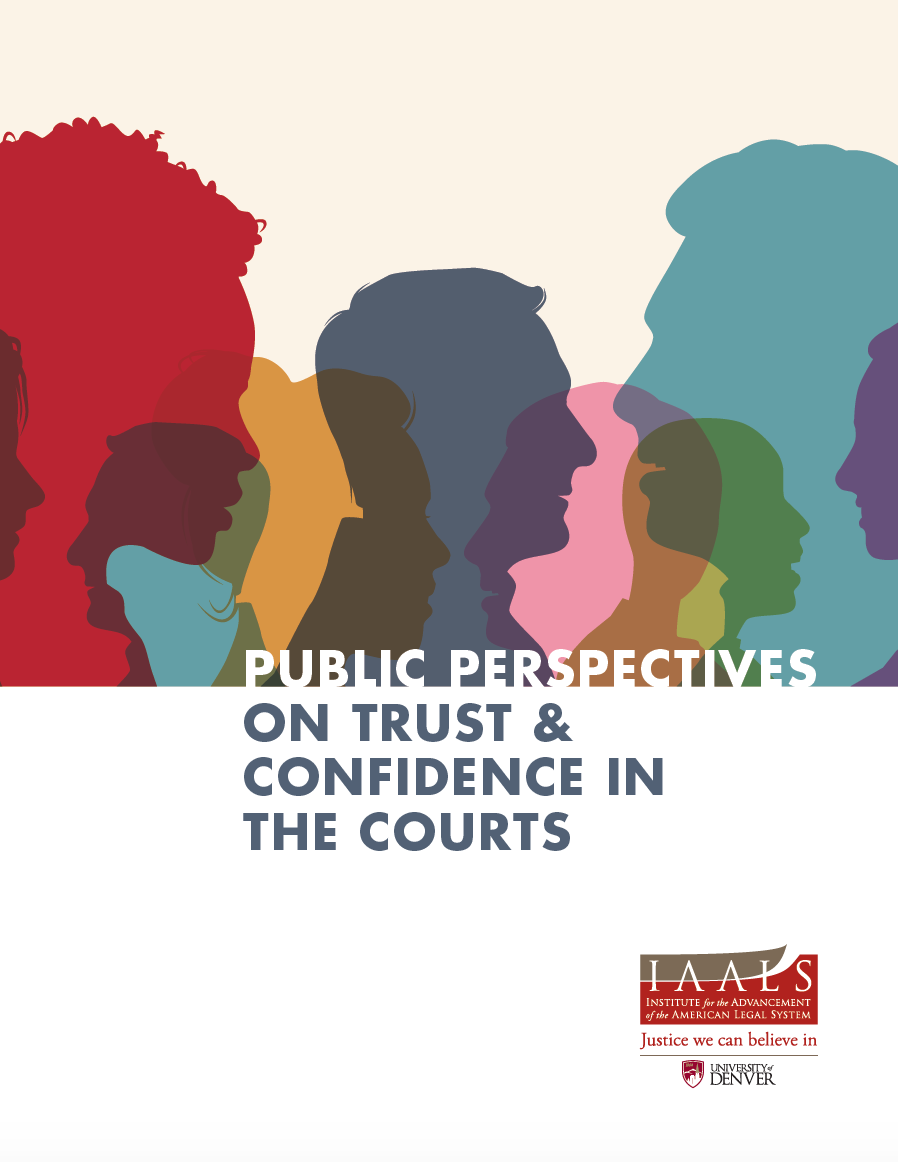 Researchers have frequently studied public trust and confidence in the legal system, with a large body of survey and public polling data highlighting issues like perceived racial and gender bias, socioeconomic bias, and concerns over the role of politics in judicial decision-making. These surveys provide useful insights into how members of the public view the courts and the American legal system, but they are limited in terms of the depth of information they can provide. A qualitative approach can provide a better understanding of the perspectives that underlie survey and polling statistics.

IAALS undertook this study to explore this critical issue through a qualitative lens. The study’s long-form, one-on-one interviews were designed to explore several facets of public trust and confidence in the civil legal system: the value of courts, trust in judges, ideal judicial behavior, available information on the legal system, popular media depictions of the system, and others.

This report focuses on the various perspectives that emerged from our research. Broadly, our findings suggest the following.

Perspectives on judges and the judiciary:

Perspectives on information about the legal system: