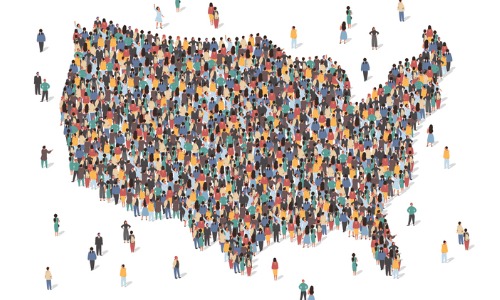 In May, the National Center for Access to Justice (NCAJ) at Fordham Law School published the latest iteration of the Justice Index, a national survey of state civil justice policies that provides “a snapshot of the degree to which each U.S. state has adopted best practices for ensuring access to justice for all people.”

The NCAJ examined policies across four civil justice areas—attorney access, support for self-represented litigants, language access, and disability access—and assigned a score to each state, based on the extent to which they’ve adopted those policies. In this year’s Justice Index, Washington, D.C., Connecticut, and California came out on top; South Dakota, Nevada, and New Hampshire scored at the bottom.

There has never been a more critical time for promoting access to justice. The COVID-19 pandemic has left millions of Americans dealing with fallout from unemployment, missed rent payments, hospital bills, and other issues, all of which easily turn into civil legal problems. And, after the murder of George Floyd last summer sparked national dialogues around race, many institutions—courts included—are assessing how their current practices and policies do or don’t address racial inequity.

In that vein, for the first time, the NCAJ has included a separate criminal justice ranking dedicated to curbing excessive reliance on fines and fees in the Justice Index. In an interview with Law.com, the NCAJ’s legal and policy director Chris Albin-Lackey called fines and fees “the ugly underbelly of the justice system.”

“Millions of low-income people get trapped in the justice system simply because they cannot afford fines and fees, and no U.S. state currently earns a passing grade for how it approaches this important issue,” he said.

When it comes to people without representation, the NCAJ has identified 56 policies for increasing access to justice. Every day, countless people come to court without a lawyer, faced with navigating a complex process in order to resolve issues related to divorce, child custody, debt collection, and housing. According to the Legal Services Corporation, in 2015, an estimated 1.8 million people appeared in New York state courts with no representation.

“It felt very much like wandering through a room with no lights on, and you’d bump into something, you’d ask somebody about it, and they’d shine a little flashlight and say, ‘go that way.’…Nobody ever turned the lights on in the whole room to give us an idea of exactly what it should look like and how the process should look.”

Across the board, most states scored well on the Justice Index when it came to communicating court services. For example, a majority of states had, on their judiciary website, a single, easily located page that provides self-represented litigants with links to all required forms and identifies required supporting materials for critical litigation steps in matters such as uncontested divorce, obtaining a protection order, debt collection, and eviction.

However, when it came to plain language and simplification, only 21 states provide written guidance to judges encouraging the use of plain language when speaking with self-represented litigants, and only 11 states test forms with the people who will ultimately use them.

The numbers were even lower for service delivery: only nine states fund training for local non-attorney professionals (such as librarians and social workers) on securing access to attorney-supported self-help services, and a mere four states provide a complete list, with all pertinent links, of each statewide navigator program in the courts that uses non-lawyers who are not court staff to provide person-to-person assistance to self-represented litigants.

“By spotlighting the states with the selected policies, it supports policy reformers in the states that don’t have them.” The Justice Index provides courts and change-makers with a valuable picture of where states are achieving access to justice, and where they’re falling short.