Alaska Legislators Seek to Change the Way Judges Are Selected 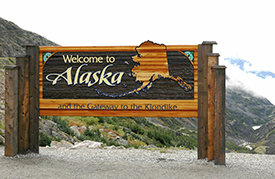 IAALS Online has been tracking efforts in a handful of states to expand gubernatorial authority over judicial nominating commissions, and we can now add Alaska to this mix. Republican state legislators have proposed a bill that would increase the size of, and allow the governor to appoint a majority of members to, the Alaska Judicial Council. The AJC serves as both the judicial nominating commission and the judicial performance evaluation commission.

Since Alaska became a state in 1959, all judges have been selected through a commission-based gubernatorial appointment process, and Alaska was the first state to adopt an official judicial performance evaluation process in 1975. Currently, the AJC has seven members, including the chief justice who serves ex officio, three lawyer members chosen by the state bar, and three non-lawyer members named by the governor with legislative confirmation.

Under the new bill, the AJC would be expanded to 16 members, including five lawyers chosen by the state bar, ten citizens named by the governor with legislative confirmation, and the chief justice. The change would require amending the constitution, with approval by two-thirds of the legislature and a majority of voters.

One Democratic legislator describes the proposal as "part of a crusade for many years to get a judiciary that's much more socially conservative." A bill put forth in 2013 and also on the agenda for the 2014 session would remove the Alaska Judicial Council's authority to make recommendations regarding judges standing for retention and prevent the AJC from spending state money to influence an election. That proposal was motivated by a failed 2012 effort to defeat a highly-rated judge who had made unpopular decisions in two abortion-related cases.

In 2010, the U.S. Court of Appeals for the Ninth Circuit rejected a legal challenge to the composition of the AJC. The case was brought by judicial election proponents who alleged that the role of unelected attorneys in choosing judges violated the Equal Protection Clause. Similar challenges have been brought in Indiana and Iowa and were equally unsuccessful.