Assessing Law School Curriculum Changes: Are They Making a Difference? 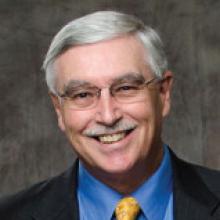 “[Lawyers] who have smaller shops and are looking to take on people out of Baylor because they're ready to walk into a courtroom. Baylor has that edge of teaching you how to go try cases . . . .”

Responses like this are common from Texas plaintiff's lawyers who went to Baylor Law School and participated in the mandatory trial advocacy program. Such responses highlight two key findings from the Educating Tomorrow's Lawyers (ETL) survey of law schools.

That survey—discussed here in earlier posts—asked law school deans about curricular and other changes that had been put in place at their law schools since 2001. In designing the survey, special interest was given to the kinds of innovations recommended by the 2007 report of the Carnegie Foundation for the Advancement of Teaching, Educating Lawyers: Preparation for the Profession of Law. The survey found that many law schools have been making changes in their curricula, and among the prominent areas of change are the curricula in the second and third years of law school and the introduction or expansion of course work focused on practical skills (especially the creation of new clinics and certificate programs).

At Baylor, the Practice Court Program, with its emphasis on skills-based course work, did not evolve out of such recent changes. It is much older, and traces its origins well back into the 20th Century. While few schools may have the history of Baylor's program, Baylor is not alone in having a skills orientation in its curriculum for some time. Northeastern University School of Law comes to mind as another, but one with a very different approach.

The survey's findings on recent curricular activity may appear obvious to some, but they may be surprising to others in light of the hyperbolic, crisis-laden character of much of the recent commentary aimed at the legal academy. It may also seem surprising in light of the amount of attention given to higher-profile schools (like New York University or Washington & Lee) that have recently created new second- and third-year programs that aim to be more skills- or practice-ready in orientation. While these new programs may seem truly new, unique, or path-breaking, as the Baylor example shows, they are not.

For the Baylor graduates I spoke with, the program appears to have been quite successful, but we can't simply take their word for it. This points to the second ETL survey finding I want to highlight, which deals with assessment. The survey asked law school deans about the development and use of feedback mechanisms linked to an assessment of the school's educational program (e.g., surveys of employers or potential employers of the school's graduates). Most respondents indicated that they don't yet have such assessment mechanisms in place.

Programs like Baylor's or Northeastern's are, in effect, natural experiments, which provide unique opportunities for research that can contribute to the current discussions on the future of legal education. We need research that looks at such programs in detail to see what difference, if any, that they make. Care must be taken to ensure that the research is truly independent and not tied to any particular program or position in the debates over legal education. Navigating the politics of such efforts can be treacherous. Additionally, the research needs to be systematic, thorough, and measured; it is unlikely that there is a magic bullet to fix the system, and we should refrain from claiming such. This also means accepting the idea that we are dealing with a diverse set of schools with their own niches. Trial advocacy-focused schools like Baylor are perfect for some law students, but may not be for everyone. There is no reason to assume that law schools are one size fits all. There is likely no single optimal model, and this may mean developing new standards and methods to use in the research.

An important part of this research will include exploring how and why these programs came into existence. Are we talking about quick fix responses to an immediate challenge or a more thorough strategic planning process? This, in turn, will require a fresh look at earlier calls for change in the legal academy, such as (but not limited to) the ABA's 1992 Report of the Task Force on Law Schools and the Profession (known as the “MacCrate Report”) and the research underlying it. There is a surprising amount of older work that may have much to tell us, but seems to have been largely forgotten or overlooked. We need to look further back to understand and evaluate the value of such earlier efforts. We simply don't know enough about their longer-term influence, if any.

Finally, we need to find ways of linking research related to legal education to research on the legal profession and the actual practice of law. Some of that older work—a fair amount done at the American Bar Foundation—may be helpful.