Chief Among Our Concerns: Educating Tomorrow's Lawyers an Exercise in Faith and Vision 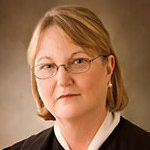 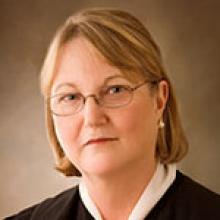 Justice Christine Durham has been on the Utah Supreme Court since 1982, and served as Chief Justice from 2002 to 2012. As we launch IAALS Online, she joins three other former Chief Justices in the conversation about IAALS and its initiatives by discussing the work of our Educating Tomorrow's Lawyers Initiative.

In his poem “On Children,” Kahlil Gibran reminds us that “you may house their bodies but not their souls, for their souls dwell in the house of tomorrow, which you cannot visit, not even in your dreams.” So it is with our professional children—the lawyers-in-training whose educational preparation and development is the concern of the academy, the legal profession and the larger community. In striving to create an intellectual space for the exploration and encouragement of innovation in legal education, the ETL (Educating Tomorrow’s Lawyers) initiative values the energy and synergy of the countless ideas, experiments, and successes in legal education. This project is grounded in the faith that “knowledge, practice and professionalism” will remain the touchstone for the role of lawyers in a future that is likely to look much different from the past.

There are widespread conversations occurring about the future of lawyers and law schools. Current phenomena include dramatic decreases in legal sector jobs and a restructuring of the legal market that appears to be extremely durable. Changes in the way legal services are delivered are occurring rapidly, with on-line forms and guidance being increasingly utilized by consumers. Ironically, as the U.S. is experiencing an over supply of law graduates, large segments of society (the poor and those in the lower middle class) cannot afford access, creating an underclass of self-represented litigants in highly important cases involving divorce, child custody, eviction, employment problems, and so on. Some argue that the current competitive, regulatory and economic models for legal education have both contributed to these phenomena and pose barriers to their amelioration.

Thus, it is an exercise in faith to posit that part of the process of preparing for the future requires attention to the fundamentals of what it is to be a lawyer, and to how it is that we educate toward that end. From the Introduction to Educating Lawyers (Carnegie Foundation, 2007):

How then can we best combine the elements of legal professionalism— conceptual knowledge, skill, and moral discernment—into the capacity for judgment guided by a sense of professional responsibility? We are convinced that this is a propitious moment for uniting, in a single educational framework, the two sides of legal knowledge: (1) formal knowledge and (2) the experience of practice.

The authors of this report note that “[a] reawakening of professional élan must include in an important way, revitalizing legal preparation.”