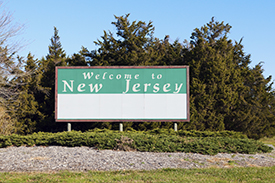 Ending months of speculation, Governor Chris Christie re-nominated Chief Justice Stuart Rabner to the New Jersey Supreme Court. The move was part of a political compromise with senate leadership, which agreed in exchange to support the nomination of a Christie ally to the supreme court.

The deal between Governor Christie, a Republican, and Democrats in the senate will fill one of two seats on a court that has had two vacancies since early 2012. The first vacancy occurred in 2010, when the governor broke from tradition and declined to re-nominate a sitting justice. Christie promised to remake the supreme court, which he describes as “out of control” and unaccountable to the public, after unfavorable rulings on school funding and affordable housing, and this was a first step in doing so. The senate responded by refusing to confirm Christie's appointee to that seat, rejecting nominees for two vacancies in July 2012, and failing to act since December 2012 on the two replacement nominees. (Christie declined to re-nominate a second justice in 2013.)

Insiders say that the remaining vacancy on the state's highest court will likely not be filled during the Christie administration.

In New Jersey, the governor appoints supreme court justices with senate confirmation. Following an initial seven-year term, justices may be reappointed to age 70, and in the past, reappointment has been pro forma.