Expert Opinion: Addressing the Digital Divide in a Virtual World 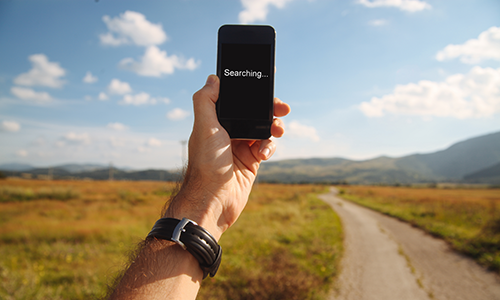 In 2019, sports stadiums were selling out seats, office water coolers were drawing crowds, and courthouses were holding hundreds of in-person hearings each day. Fast forward to 2020 and things look quite different. Stadiums now have recorded cheers and cardboard cutouts instead of fans, office water-cooler chat has turned into Zoom happy hours, and legal hearings look like the opening credits of The Brady Bunch. A lot has changed. We have learned to operate almost wholly online—something that many thought was impossible—and while this move has brought with it a number of positive effects, it has also exposed a digital divide that must be addressed in order for there to be equity in our justice system.

The Pandemic Has Moved Much Online

There was at least one point during this pandemic where almost everyone and everything was operating virtually. One of the most relatable examples is K–12 schooling. Teachers and students were connecting over Zoom and other video platforms in an attempt to resume the school year and keep kids from falling behind. While online schooling is not a new concept, as many online schools existed throughout the world prior to the pandemic, there are other services that have raised eyebrows when they moved away from in-person service. One such example is court and self-help services.

A large majority of court and self-help services are traditionally provided in person. Hearings, settlement conferences, and even document filing by self-represented litigants were usually performed in person, and although some courts had implemented e-filing for self-represented litigants or were conducting remote hearings when exigent circumstances called for it, they were the exception. Due to the pandemic, courts have now moved more services online in a span of three months than they have in the past decade or two. The majority of hearings and pre-trial conferences are being conducted remotely, courts are creating special email addresses to allow litigants to electronically file their forms, and at least one court has implemented a Doodle calendar to allow litigants to schedule their own hearings.

Self-help centers have likewise transitioned the majority of their services to virtual. Phone lines have been routed to staff’s personal phones so they can work from home, more forms have been moved online for easier access, and self-help centers have conducted webinars to inform their communities about the law on relevant topics, such as evictions and unemployment benefits.

The Benefits of Moving Online

Very few people would say that this universal switch to virtual services has been easy, but it has proven to be an immense benefit to the public at large. Unrelated to the legal system, one unsuspected benefit of people staying home more is that pollution levels have lowered. In Italy, nitrogen dioxide levels have fallen around 40 percent, and in India, where air pollution is among the worst in the world, people who have never been able to see the Himalayas from their homes are now able to do so.

In terms of the legal system, one of the major benefits is that services have become more accessible. By utilizing phones, email, and web chat, courts and legal service providers have been able to connect with people who normally would not meet in person because of how far away they live or lack of transportation. Using these communication platforms also provides people with a safe way to receive the help they need without having to enter a courthouse.

Another benefit to transitioning to virtual services is that legal service providers are able to help groups of people at one time as opposed to just one-on-one help. Webinars are a great example of this: legal service providers can discuss a relevant topic (e.g., eviction moratorium) and have dozens—if not hundreds—of people listen in to receive the help they need. Some legal service providers have created YouTube channels where they record an informational session on a variety of areas of law, and people can watch that video whenever and wherever it is convenient for them.

However, the Pandemic Has Exposed a Digital Divide

While virtual services do provide immense benefits, including those just mentioned, this pandemic has highlighted the dire need to more adequately address the digital divide that many people have been talking about for years. Going back to the example of K–12 schooling, many kids are having an extremely difficult time with online learning. Pew Research Center collected data in early April 2020 and found that 38 percent of all parents said their children would likely face at least one of three digital obstacles:

One example of how schools have tried to remedy this situation comes from a school district in Austin, Texas. It deploys over 100 school buses with Wi-Fi into neighborhoods and apartment complexes where the district identified the highest need for internet access, and it parked the buses at those locations from 8:00 a.m. to 2:00 p.m., Monday through Friday.

Unfortunately, this issue is just as prevalent in the legal system. In 2017, around 21.3 million Americans lacked access to high-speed broadband connection. And in 2019, 26 percent of adults in households earning less than $30,000 were smartphone-dependent internet users. This may seem like a small percentage of people, but in reality, around 20 percent of households in America earn $30,000 or less. One bright side is that smartphones have the capability to do just about everything, from searching court websites for legal information to participating in video conferences—but anyone who has read or filled out documents on both a computer and a smartphone knows that using a computer is much easier. For parents who rely on a smartphone, it becomes even more difficult when they need to share their phone with their children to do schoolwork. And we cannot forget the groups of people who have zero access to a computer, smartphone, or high-speed internet, or those who do have access to this technology but are not comfortable with using it.

Another set of issues that needs to be addressed revolves around virtual hearings. As noted above, virtual hearings can be beneficial because self-represented litigants can participate from just about anywhere; they can avoid taking time off of work, needing to find a babysitter, and paying for parking at the courthouse. But what about defendants who could not afford to pay bail, so they are in jail and have to appear virtually in court from their cell? This has the potential to not only create bias; it may give the impression that they have already been convicted of a crime. In a 2005 study, judges of immigration courts in Illinois using videoconferencing were noticed as being “more emotionally distant from and apathetic to an immigrant on a television screen.” Similarly, a 2017 study in Cook County, Illinois, found that felony defendants’ bail amounts increased 51 percent when appearing virtually as opposed to 13 percent when appearing in person.

We Must Develop Workarounds

Some of these issues have fairly clear-cut solutions. For those who have limited technology (or no technology at all), courts and legal service providers must continue to provide some kind of in-person option. The Pima County Law Library and Orange County Self-Help Center are great examples of this. When they moved their services virtual during the pandemic, they also set up a pick-up station outside of the courthouse where self-represented litigants can get the forms and other documents they need. For people who have the necessary technology but are not tech-savvy, it is important for courts and legal service providers to have staff dedicated to answering questions and troubleshooting issues.

But how do we go about mitigating the biases that come about from virtual hearings? Unfortunately, the answer to that question is not clear. Over time, it is likely that technology developers will find a way to limit the biases that technology brings to defendants, but it is important that we find some kind of solution in the meantime. Jailhouses can set up a room with a desk, chair, wall art, and even a plant so defendants participate in their virtual hearing in a setting that potentially creates less bias.

An even easier and less expensive solution would be for jailhouses to use a green screen and use a neutral background image. Another solution—although more challenging during the pandemic—is to require certain hearings that are more likely to present bias when held virtually (e.g., bail, criminal, and immigration hearings) to be held in person, while continuing with virtual hearings in other case types (e.g., domestic relations and small claims).

The technological developments made in these last few decades have been substantial. Thanks to technology, many people who have been stuck at home due to the pandemic have been able to continue working and continue receiving help with their legal issues. But not everyone has the same access to these tools. For that reason alone, as courts and legal service providers look to continue providing virtual services in an effort to create greater access, they must also determine how they will continue to help those who require in-person help. Let us not get so distracted by the many benefits that virtual services provide that we end up neglecting the millions of Americans who would be disadvantaged or left behind.

Through detailed case studies, this report showcases the innovation occurring in courts, self-help centers, legal aid centers, and law/public libraries in response to the COVID-19 pandemic. Lessons learned from these organizations can be helpful to others that are still updating their services or exploring adding virtual... END_OF_DOCUMENT_TOKEN_TO_BE_REPLACED
Expert Opinion
Self-Help Center
Self-Represented Litigants
COVID-19