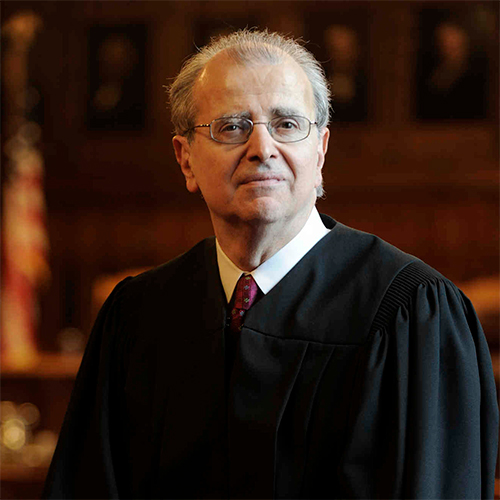 This week, former New York Chief Judge Jonathan Lippman, was presented with the first-ever Mary C. McQueen Award for Excellence and Leadership in Justice System Improvement as part of the annual joint conference of the Conference of Chief Justices and Conference of State Court Administrators. Throughout his career, Chief Judge Lippman served in many different roles in the New York State Court system, including as staff, administrator, and judge. As State Court Administrators Dave Byers and Dan Becker said in the nomination letter for the award, signed by numerous state court chief justices and state court administrators:

“One would be hard pressed to identify a person who has contributed more to the advancement of justice than Jonathan Lippman. His leadership of the New York State Courts both as a Chief Judge and Chief Administrative Judge spans almost 20 years. At a national level, his influence has been felt in nearly every major court development over the last two decades.”

A consistent theme across Chief Judge Lippman’s career was his service as a leader and champion dedicated to improving the civil justice system and ensuring access to justice for all. He expanded the breadth and funding for legal services in New York, including creating a Task Force to Expand Access to Civil Legal Services in New York. He formed the Task Force on Commercial Litigation in the 21st Century to explore and recommend reforms to enhance the already world-class status of the Commercial Division of the New York Supreme Court. He also recognized the importance of pro bono work for law students and lawyers alike and, as the The New York Times noted in listing his accomplishments, “used his authority to promote an ideal of lawyering as a public service.”

Chief Judge Lippman retired from the bench in December 2015, after reaching the mandatory retirement age of 70, and is currently Of Counsel at Latham & Watkins LLP in New York. As someone who took on the system and moved mountains, we suspect this is not the last we have heard from one of the great civil justice reformers of our time.