If only 15 percent of people who wanted a haircut could receive a haircut, you’d think the hair grooming governance structure was broken, wouldn’t you? 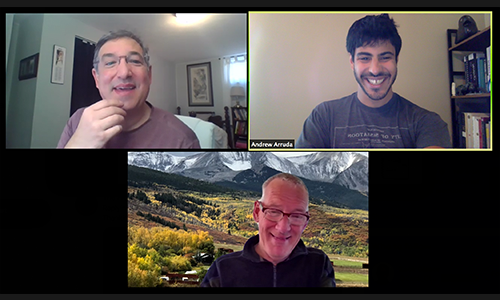 John Lund, one of my favorite legal innovators who continues to lead the way in Utah, asked me this question on a Zoom call. IAALS’ very own Zack DeMeola, also on the Zoom call (and also one of my favorite voices and forces of change in the legal space), agreed. I went on to note that, worse yet, the haircut analogy goes further. What if the limited availability of barbers was because the barbers didn’t want to give up their 15-percent hold on the market? How would people feel about that?

Isn’t that exactly what is happening in law?

The History of Barber-Surgeons (Trust Me, It’s Interesting)

This led me to really ponder the lives of barbers. This is how my mind works—I get fixated on ideas and do deep dives. What I uncovered was that barbers originally started as so-called barber-surgeons, performing not just haircuts but also “minor” surgical procedures (including bloodletting and amputations) as doctors originally thought these procedures were below them and a danger to the public.

That’s right: early physicians would claim that their Hippocratic duty precluded them from surgery, as surgery was not a proven benefit when treating medical problems. Barber-surgeons, due to their skill with razors and sharp tools, stepped in to fill that void. And after the Black Plague wiped out the majority of university-trained physicians in the fourteenth and fifteenth centuries, demand for barber-surgeons surged.

It’s important to remember that universities originally did not include surgery as part of the formal education of medical school. Surgery was looked down upon by early physicians due to its physical nature. As a result, most doctors maintained that surgeons were not real doctors; the old adage was “there [was] no more science in surgery than in butchering.” In the 1540s, surgeons and barbers formally joined together and formed the United Company of Barber Surgeons in order to gain credibility and political traction for their field focusing on haircuts and beard grooming, dental extractions, and surgical treatments. 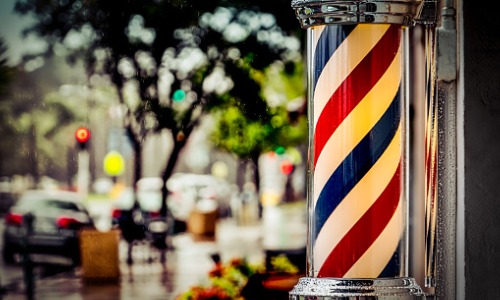 Yup, you read that right. In the past you could get your hair cut, beard trimmed, tooth pulled, growth removed, and amputation performed not only in the same place, at the same time, but also by the same professional. Talk about a one-stop shop! This separation of so called real-physicians and barber-surgeons continued during the establishment of hospitals. In early hospitals, only physicians were allowed to assist patients; barber-surgeons had to perform their procedures in commercial spaces, where they promoted their work using a red and white striped pole. The striped pole serving as an early form of marketing, another practice seen as below the station of a learned physician.

As time passed and more patients benefited from surgeries, barber-surgeons were given greater respect in society—not thanks to physicians, but due to the value they delivered to the public who increasingly demanded their services. In 1745, King George II of England issued the separation of barber-surgeons into two separate entities: barbers and surgeons. It still took until the early nineteenth century for physicians and surgeons to be trained side by side in medical school and receive the same degree to practice medicine.

Fast forward to 2020. We now have a medical field with many subspecialties and a multi-tiered system of certified professionals delivering medical services. A patient’s treatment is no longer either batched as something a physician can help with or something a barber-surgeon should assist with. In other words: given the unique facts of a situation, the best team of professionals to drive the best outcome possible for the patient is put together using whatever methods result in the most successful outcome.

A collaborative, cross-disciplined, multi-tiered approach of certified medical professionals and skillsets is something we think of as a no-brainer when we seek out medical services. So the question is—why doesn’t the same approach exist for legal services?

There are a lot of parallels to be drawn from the history of barber-surgeons and what we are seeing today in law. The most common objection to any changes in the legal regulatory framework is that the public would be endangered. This reminds me of the early physicians, hiding behind their so-called Hippocratic duty, refusing to even learn about or practice surgery, as they believed it not only to be useless but below their skillset as highly educated and certified medical professionals.

Today’s regulatory framework in law forces most individuals into a Hobson’s choice: they either face the legal system alone or take their chances with a non-certified representative. Without a regulatory landscape mirroring that of what we see in the world of medicine—a tiered system of certified professionals delivering legal services—individuals can either afford legal representation or they cannot . . . but we see a groundswell of barber-surgeons in law.

Professionals and organizations that are stepping up to the plate and meeting demand in the market to ensure people are getting solutions to their legal issues—these people and organizations may be uncertified, they may be operating in a gray area or even as an unlicensed service, but they are delivering value. Apps, LegalZoom, so-called notarios, all people and services stepping up to deliver affordable legal services and assistance: these are the barber-surgeons of today. While JDs may believe the work of uncertified professionals working to help deliver legal services to be rote, repetitive, and a trade below their consideration as learned Juris Doctors, my take is that history will not be kind to individuals who continue to hold this view and stand in the way of progress. The unlicensed market of legal services continues to exist and will only grow due to protectionist regulation that must be unlocked, rethought, and reimagined. Just as the plague led to a surge in demand of barber-surgeons, I believe the COVID-19 pandemic will have the same effect in law. 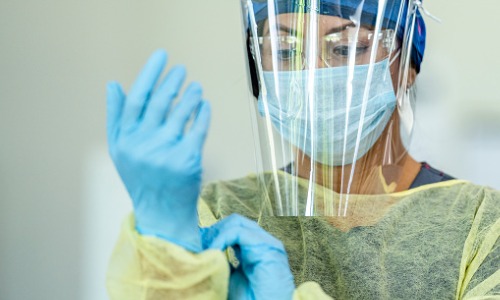 It took hundreds of years for surgery to become accepted and mainstream in the medical world, but it’s been hundreds of years since it did. It’s time that the delivery of legal services reflected the reality of innovation and progress we see in every other field—medical, financial, engineering, and everything in between. The pushback from the legal establishment on reviewing the regulation within law is little more than a combination of classism, bruised egos, thinly veiled racism, and a deep-seated fear of competition. For a profession that prides itself on evidence, there is no evidence connecting a review of legal regulation with injury to the public. Those opposed to regulatory change rely on uninformed rhetoric that desperately relies on half-facts to shore up the status quo. Most importantly, this unnecessary back and forth distracts intelligent people from the most important point at hand, which is that all people should have access to good, affordable legal assistance.

How can we expect thoughtful innovation within law, with or without technology, when we freeze out those who specialize in what lawyers most need assistance with? I imagine a world where instead of doing their own bookkeeping or invoicing, lawyers could instead partner with a recent MBA graduate or a marketing major in their community to round out and complement each other’s skillsets. And why stop there when there are so many talented individuals from other areas of expertise who should also have a say? Imagine, if you will, a social worker and a computer scientist joining to help create a law firm which is not only highly profitable, but where each of them benefits equally as owners.

Again, our professional regulation as it currently stands does not allow this. People are dying 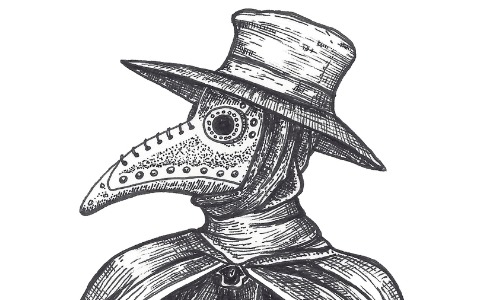 in legal waiting rooms because lawyers are refusing to allow them to gain access to the treatments they deserve. The current legal regulatory schema is anti-competitive, it’s nonsensical, it’s outdated, and worst of all, it’s dangerous and failing everyone—the poor, the middle class, the wealthy. Everyone.

We read about barber-surgeons and think to ourselves how bizarre. I’m glad we’ve learned from the past. In my mind, future generations will ask how did we not understand that you needed a multi-tiered, multi-disciplined system to best address legal issues? Worse yet, they will ask us to justify how we stand by and do nothing, when so many people need our help.

The Time is Now

The legal system has been regulated so tightly that it has led to a world where only a fraction of the citizens who require legal services can access them. Which leads me to where we started—if only 15 percent of people who wanted a haircut could actually receive a haircut, you’d think the hair grooming governance structure was broken, wouldn’t you? What if this limited availability was because the barbers cutting the hair of the 15 percent didn’t want to give up their hold on the market? 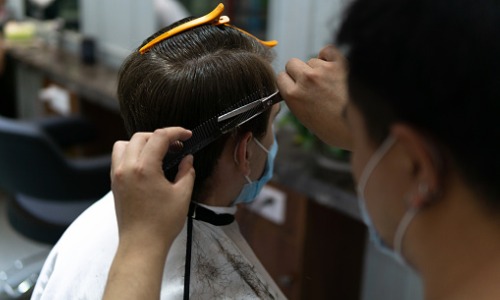 Just like we now can look back in incredulity at how surgeons were treated relative to doctors, one day we’ll look back on today’s system barring non-Juris Doctors from participation and ownership in the delivery of legal services in the same way. No one wants to be on the wrong side of history—least of all highly educated attorneys—and I think it’s never been more important to think deeply about why only a fraction of the population can access legal services. We don’t have a few hundred more years to wake up and realize what we are doing doesn’t work; we’ve already suffered through hundreds of years of it not working. We must rethink the regulatory scheme in law because, with every second that passes, the crisis gets worse.

Tick tock: the choice is ours, and the future is watching us today.