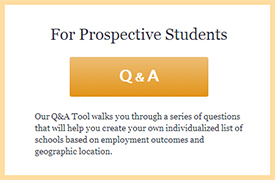 I was preparing for a presentation to prospective law students last month when I realized it has been 15 years since I was standing in their shoes, trying to make the right decision about law school. I wanted to tell them about resources they should be looking for—beyond law school rankings—but as I tapped into all the resources I know of, one thing became very clear: we're still asking prospective law students to make one of the most important decisions of their lives almost the same exact way we were doing it in 1999. And probably 1989, for that matter. 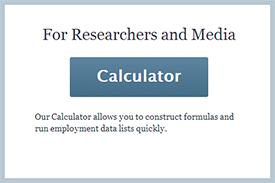 Which is pretty funny (and tragic), if you think about everything else that has happened in the last 15 years. “Google” became a verb. Our smart phones let us talk to anyone at any time—by video. Cars drive themselves. And, more relevant to the concept of choosing law school, all of our decisions have been made easier through individualized recommendations. When I go to the New York Times, it recommends articles based on my usage. My Amazon home screen recommends books based on past purchases. And Spotify introduces me to new music based on what I play. All of these used to be dominated by generic recommendations—newspapers were driven by “front page” articles, booksellers touted bestseller lists, and Billboard charted the top hits in the country. These generic recommendations persist (and provide some value), but they have been richly supplemented by individualized recommendations that drive our choices.

In the world of choosing law schools, we have the generic rankings and recommendations—including US News & World Report, and a number of others that have popped up over the years—and these provide a certain value, but they hardly give the whole picture and they certainly don't provide prospective students with individualized information about a decision that, in the end, is very personal.

We're trying to help with that. Last year, Educating Tomorrow's Lawyers launched Law Jobs: By the Numbers, an employment calculator that allows you to review school employment numbers based on the criteria you care about most. With the American Bar Association's release of the 2013 employment numbers, we made the tool easier for prospective students to use by adding a Q&A tool that walks you through each factor, explains what it is, and lets you decide whether you want to include it in your final calculations. At the end of the Q&A, you get a personalized list of schools based on your personal selections (here's one example). Lots of groups will tell you which law schools are best, but only Law Jobs: By the Numbers lets you decide for yourself.

This is just the first step, but we think it's a step in the right direction. Perhaps US News & World Report rankings won't go away anytime soon. And perhaps that's okay, so long as, like other industries, we find ways to supplement the generalized rankings with individualized information that allows prospective students to make choices about where to go to law school that are, in the end, right for them.