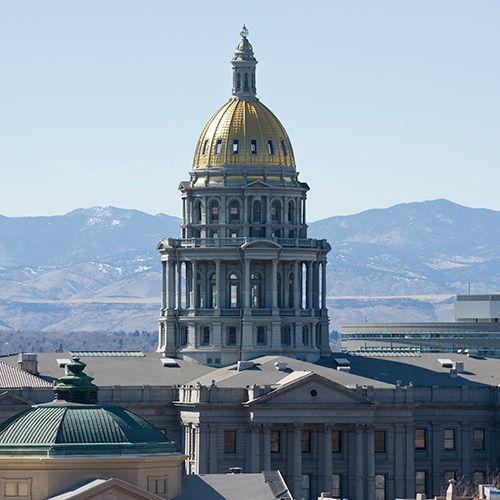 This week, Colorado Governor John Hickenlooper signed legislation to reauthorize and restructure the state’s judicial performance evaluation (JPE) program. Colorado was one of the first states in the nation to establish a JPE program to help judges improve their own performance on the bench and inform voters about that performance for judicial retention elections.

The 1988 legislation that created Colorado’s program included a provision scheduling the program for repeal in 30 years—on June 30, 2019. Earlier this year, both the General Assembly and the Office of Judicial Performance Evaluation tackled head-on the challenge of drafting new legislation to keep the program in place, and IAALS applauds their efforts.

The new JPE law is the product of extensive public input. In addition to a hearing convened by the legislature’s Joint Judiciary Committee to take public testimony, the State Commission on JPE held eleven meetings around the state to solicit citizen feedback. Across the board, these events were well attended, and the input received was incorporated in the new legislation.

Aspects of the JPE program that have worked well over the years were retained. For instance, both lawyers and non-lawyers continue to be represented on the statewide commission and the twenty-two district commissions around the state, and commission members continue to be appointed by officers of all three branches of government—the governor, the chief justice, and legislative leaders (albeit with a greater role for minority party leaders under the new law). The original performance evaluation criteria were also preserved, along with the requirement that both retention-year and interim evaluations be conducted, and in retention years, voters will continue to receive a narrative summary of each judge’s evaluation results and a recommendation from the commission based on those results.

But the new law makes key improvements as well, including the following:

IAALS was pleased to see that many of these improvements to the existing JPE program are consistent with the recommendations made in our recent publication, Transparent Courthouse Revisited: An Updated Blueprint for Judicial Performance Evaluation.

Governor Hickenlooper signed the new legislation into law on June 5, 2017, and unless otherwise noted, the law takes effect on August 9, 2017.