The Paths to Racial Justice: Our Civil System Must Acknowledge Shortcomings and Take Concrete Action 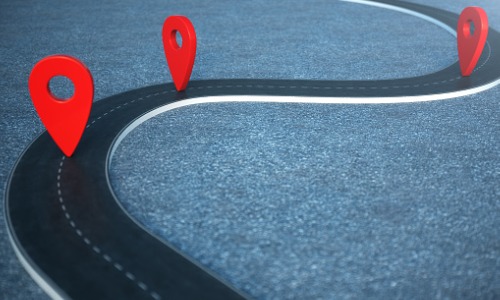 Last fall, IAALS launched the Paths to Justice Summit Series, a series of virtual convenings and webinars focused on the most pressing issues currently faced by our civil justice system, including the opportunities and challenges of the pandemic, access to justice, and inequities in our civil justice system and related public trust and confidence. The first four convenings and webinars focused specifically on the paths of the pandemic in our courts as well as the paths to access in the United States. In December and January, we focused on the paths to racial justice.

Out of those final two events, IAALS published two issue papers that highlight the outcomes and next steps:

Below are some key takeaways, as well as videos of the webinars.

Identifying Barriers to Equity in the Justice System

When considering equity in our justice system, we must first recognize that the system wasn’t created to be inclusive. It was founded during a time when Black individuals were considered property and women had very few rights. While incremental (and critical) progress has been made in the fight for civil rights and equity, our justice system and broader society remains dominated by white men of economic privilege.

In addition, the system today remains complex and designed for use by judges and attorneys, not everyday people. Many people today feel left out of the system entirely and—by necessity or choice—handle their legal issues without an attorney. Until justice system processes are responsive to the needs of the people who need them, marginalized communities will continue to be disproportionately disadvantaged.

There is also misalignment in how people experience justice problems and how the justice system solves them. Common civil legal issues, such as divorce or eviction, are impossible to separate from their broader reality and impact; therefore, it’s time to start viewing the issue of justice system inequity through a the lens of the social and life contexts in which it exists. In addition, stakeholders need to come to a consensus on what the goal of access to justice is, as well as what diversity, equity, and inclusion means—and acknowledge how vital DEI efforts are to achieving equity in the legal system.

Diversifying the legal profession is also critical to dismantling barriers to equity. Every step to joining the legal profession—from seeing lawyers and judges in one’s community, to taking the LSAT, to gaining admission to law school and taking out substantial loans to attend—is stacked against Black, Indigenous, and people of color. And, when the profession is non-reflective of the communities it serves, this reality signals to the public that some individuals are more welcome than others.
These are pervasive issues, and they require a multifaceted approach—starting with education for judges and lawyers as well as the executive and legislative branch.

Additionally, we must make it easier for people to participate in the justice system, including:

Technology can also provide substantial opportunities to solve equity and access issues, although it’s critical that stakeholders take the digital divide into account when implementing tech-based solutions. Individuals and organizations in the community are valuable partners in the effort to increase access to justice.

The legal system catches the failures of our social system and the inequities in our country. The last several years have highlighted these challenges, but also present us with an unprecedented opportunity to redesign. Discussions underway within the legal system and more broadly have been instrumental in identifying how we might begin to dismantle barriers to equity. But additional work, including education and collaboration, is needed to act on solutions that will create a truly equitable system.

The Intersection of Racial Justice and Public Trust and Confidence

The data tells us that marginalized communities are disproportionately impacted by the access to justice gap, that the public’s levels of trust and confidence in our justice system is lacking—and that racial justice issues are central to this reality. First and foremost, we must recognize that people’s identities shape their levels of trust and confidence in the justice system. A one-size-fits-all approach won’t be sufficient to address this problem. And, because the civil justice system is part of a broader justice ecosystem, it is crucial to address inequities both within and outside the realm of civil justice.

One key area for improvement is increased diversity in the justice system to reflect the diversity that exists in our country. The demographic makeup of court staff and judges doesn’t reflect that of the broader public—nationally, only about 20 percent of state court judges are people of color, and in some states there are no people of color on the bench. Yet having racial and ethnic diversity on the bench matters, as it assures that Black, Indigenous, and people of color can feel heard and that their lived experiences will be understood. Furthermore, people’s perceptions of the civil justice system are shaped by interactions throughout the legal process—not just in the courtroom. A single negative experience—with a judge, court staff, or an attorney—can have far-reaching effects.

Many people—not just those within the justice system—will need to be at the table to solve these issues. Members of the public need to have meaningful opportunities to engage in reform and policymaking, including sharing their experiences using the justice system. Approaches to policymaking in the civil justice system have frequently involved the same group of judges and lawyers. We must include diverse voices in the policymaking conversation and, critically, we must actively use these perspectives to make changes that will ultimately eliminate the barriers to equity that exist in our system.  We also must seek the expertise of allies that are adjacent to the legal system such as social workers, healthcare providers, and mental health practitioners in order to seed equity-driven change.

And, critically, there must be mechanisms in place to keep courts and the profession accountable for making and maintaining the changes needed to dismantle structural racism and ensure equal justice for all. Stakeholders must openly acknowledge that our courts are built upon a historically racist foundation. Today, the nature of the structural racism and racial justice challenges that the legal system faces—and their implications for public trust in confidence—remains multifaceted. Addressing the racial justice issues in the legal system is neither simple nor straightforward—and accountability will be critical to the success of these efforts.  A key step forward is for courts to collect, analyze, and understand data that speaks directly to the racial justice challenges they face. And, we must assure that individuals at all levels of the court system are educated on racial justice issues and are equipped with effective tools for change.

A key takeaway from both these sessions is that the success and failures that emerge from these efforts—even those that are smaller in scale—should be documented, disseminated, and deployed to accelerate success in other jurisdictions, in order to prevent reinventing the wheel and hindering scalable solutions. In the end, we need action instead of continued circling around the problem; systemic bias and discrimination are well documented—the time is now to dismantle barriers to equity.

These papers conclude our Paths to Justice Summit Series, which paired invite-only virtual convenings with a series of webinars and issue papers exploring these critical issues facing our justice system—and the paths forward. We are incredibly grateful for all those who attended and contributed to these important conversations. In the next few months, IAALS will release a report with themes from across all our Paths to Justice sessions—the paths of the pandemic, paths to access, and paths to racial justice—in order to equip courts and other justice system stakeholders with a roadmap forward to create lasting, meaningful change.