Pro Bono Work Should Be Encouraged and Celebrated, But Much, Much More is Needed 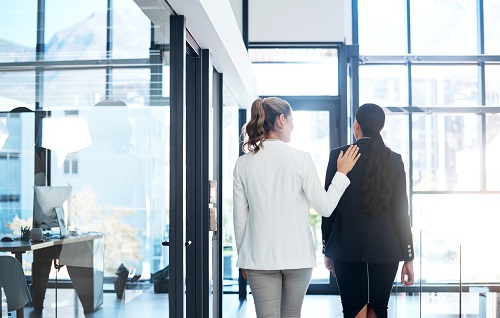 This week is the tenth annual National Celebration of Pro Bono. Legal professionals across the country are taking the time to recognize the importance of volunteer work, as well as providing many legal services, such as clinics and Q&A sessions, for free.

Just how far have we come with these efforts? In 2017, survey data based on the responses of 47,000 attorneys from the ABA Standing Committee on Pro Bono and Public Service (the same committee that puts on the National Celebration of Pro Bono) showed that:

The most typical recent pro bono experience was a limited scope representation case, provided to an individual of limited means, referred through a legal aid pro bono program or a personal contact, and within the attorney’s area of expertise.

In 2018, according to data that came out of the Pro Bono Institute’s Law Firm Pro Bono Challenge, some 129 firms dedicated more than 4.9 million hours to pro bono work in 2017. In 1998, firms participating in the Pro Bono Challenge spent only 2.8 percent of their total billable hours on pro bono work; by 2018, it was at 3.9 percent. In the Pro Bono Institute’s report, 31 of the participating firms (almost a quarter of the total) reported that their pro bono hours had gone up more than 20 percent in 2016. These are large firms, so they may have had the luxury of more resources to dedicate to pro bono services than smaller firms, but the numbers reflect important change.

These improvements are worthwhile, of course, and the efforts to increase pro bono work are laudable. But unfortunately, the sheer scale of the current crisis in serving the needs of people with legal problems dwarfs these numbers. Pro bono work, while important, will not singlehandedly be the solution to the undeniably enormous access to affordable legal help that exists in the United States. Gillian Hadfield, Educating Tomorrow’s Lawyers Fellow and author of Rules for a Flat World: Why Humans Invented Law and How to Reinvent It for a Complex Global Economy, has closely examined the numbers. First, she estimated the extent of the problem; according to legal needs surveys conducted at the state level in 2016, 62 percent of households in America have at least one legal problem and, on average, have three total. So, if you take into consideration that there are 125 million households in the U.S., that means there are roughly 232.5 million legal problems in the U.S. at any given time.

Next, Hadfield looked at what it would cost to fix all these problems. The average hourly rate of a noncorporate lawyer is $200–$250. Therefore, at $200 an hour (on the conservative side of this range), it would cost $46.5 billion to provide just one hour of legal help to all the households in America currently facing legal problems. If every single one of the 1.3 million licensed lawyers in the U.S. were to take on all these problems, they’d each have to put in 180 pro bono hours. The current average amount of pro bono hours is 55, but that is among the 52 percent who provided such services in 2016—a far cry from the 100 percent participation rate we would need to address these problems fully.

The need for legal services is too mammoth to be dealt with via pro bono alone, and not because lawyers don’t care or aren’t volunteering good work to help. The problem is structural. Current regulations present barriers to opening new and accessible channels for the delivery of legal services. That’s why IAALS and numerous other thought leaders and organizations are pushing for regulatory reform. Under today’s regulatory system, anyone other than a lawyer who’s providing legal services is engaging in the unauthorized practice of law and can be subject to sanction—even if those services are actually helping those in need. And current rules prohibit lawyers from sharing fees with others, which prevents those with new and innovative ideas from working directly with lawyers to facilitate the development of legal services. All of which means that lawyers (small-firm lawyers especially), responsible for the day-to-day running of their business as well as the practice of law, are struggling to make ends meet—let alone provide 180 pro bono hours to those in urgent need.

Oftentimes, those who oppose regulatory reform point to pro bono as a solution, along with legal aid and self-help resources. Yes, these are part of the solution—but consider this year’s “Celebrate Pro Bono” week, which focuses on victims of domestic violence, sexual assault, and stalking. In her recent Forbes article, Patricia Barnes writes that “every day, the vast majority of domestic violence, sexual assault and stalking victims (largely women) go to court without the benefit of an attorney.” The resources currently available—including pro bono work, legal aid, and self-help resources—are simply not able to meet the legal needs of victims who cannot afford an attorney. For example, Barnes writes, “the Legal Services Corp. (LSC), founded by Congress in 1974 to provide civil legal aid to low-income Americans, closed a total of 129,185 cases involving domestic violence in 2018.  This is a drop in the proverbial bucket. The National Coalition Against Domestic Violence (NCADV) estimates that 20 people “per minute,” on average, are physically abused by an intimate partner in the U.S., more than 10 million women and men during one year.” She then goes on to discuss the half-dozen states that are considering legal services delivery reforms in an effort to increase access to civil justice.

In fact, Recommendation 7 in Arizona’s Task Force on the Delivery of Legal Services Report specifically points to a new tier of legal service provider that would expand delivery of legal services to domestic violence survivors. Instructed by Stacy Butler and Jeffrey Willis at the Innovation for Justice Program at the University of Arizona James E. Rogers College of Law, “the Innovating Legal Services course developed a proposal for a pilot program that would train lay legal advocates to become Licensed Legal Advocates (LLAs), able to provide legal advice to domestic violence survivors as they navigate Arizona’s civil legal system. The proposed pilot removes the barrier imposed by unauthorized practice of law restrictions, giving the LLAs the ability to handle specifically-identified legal needs of participants at Emerge! and enhancing those participants’ access to justice.” Based on current regulations, lay legal advocates cannot offer legal advice. This type of suggested reform is just the starting point.

We’re living in a time of unprecedented technological disruption, and it won’t be slowing down anytime soon. It’s too late to turn back the clock. Instead, we need to bring ourselves up to speed to deal with the present and plan for the future. We have to focus on regulating a wide variety of legal services and providing them in different ways. The reforms being suggested in states such as Arizona, California, and Utah are the first steps towards providing a structure for regulating services without preventing innovation or access. And IAALS is currently working on developing a model for a regulatory entity that will focus on risk-based, empirically validated regulation of legal services, so that the legal profession can take this next step into the twenty-first century and expand access, better protect consumers, and respond nimbly to rapid social and technological changes.

By no means should this diminish the efforts of or dissuade attorneys from striving to offer more pro bono services. When coupled with other solutions—such as meaningful, research-driven regulatory reform—pro bono can be a piece in the puzzle to closing the access to justice gap once and for all. But pro bono work, while helpful and certainly necessary, is a far cry from the end-all be-all solution to the access to justice problem in the United States.