Reuters Report on State Judicial Discipline: Read It (With a Grain of Salt) 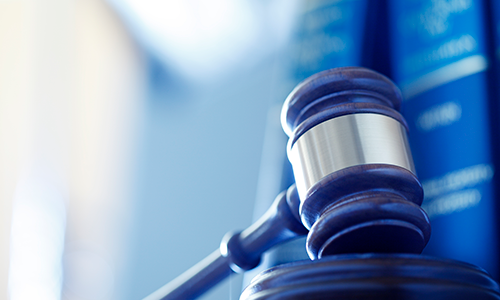 State judicial misconduct . . . How much? What kinds? What do discipline bodies do about it?

For starters, consult IAALS’ analysis and recommendations for those bodies and its sources. Follow Cynthia Gray’s long-standing and essential Judicial Ethics and Discipline blog, the closest thing we have to a common law of judicial discipline.

And read Reuters’ report on “[t]housands of U.S. judges who broke laws, oaths [but] remained on the bench,” available here (with links to two shorter articles summarizing conclusions and methods), here, and here.

Each state has established discipline bodies to consider complaints of judicial misconduct and performance-degrading disability. The Reuters reporters reviewed those bodies’ actions and inactions over roughly 12 years, in over 1,500 cases in which they imposed some form of public discipline, and in over 3,600 non-public proceedings. The cases they highlight are appalling. So are many of the wrist slaps imposed—often simply gentle taps, if that. There are clearly problems.

The report, however, is not what it claims to be (three times), namely a “comprehensive accounting of judicial misconduct nationally.”

First, a “comprehensive accounting” would have noted (more prominently than does a side note) that “[n]ot all judges who have [misbehaved] have been brought before their states’ oversight commission.” Much misconduct doesn’t generate complaints because judges handle it outside the complaint process—often a good thing—or because victims are afraid (or don’t know how) to file—a bad thing.

Second, we’re not told what faction of the universe of complaints are the 5,100 proceedings that the authors examined. Complainants obviously filed many more than 5,100 complaints over those 12 years. The annual reports of the commissions show over 5,000 in California, New York, and Texas alone in a single recent year. The number of total complaints in 12 years in all states is, to say the least, a large multiple of that.

And third, in what proportion of those 5,100 cases were the discipline bodies’ actions problematic? The so-called Breyer Committee asked the analogous question with respect to the disposition of federal judicial complaints. (Full disclosure: I worked on the Breyer Committee report.)

Even one botched response to a valid complaint is one too many, and even a few egregious mistakes are likely to make the interested public “‘wonder about the integrity and honesty of the system’.” Still no institution—public or private—can be error free. In short, one can say, on the one hand, that commissions do a fairly good job overall—e.g., make mistakes in perhaps five percent of the complaints. And, without contradiction, one can say on the other hand, that some of the mistakes are horrendous. (The Breyer Committee found, in the great majority of cases it examined, a two to three percent error rate, which it agreed indicated no serious flaw. But it called the nearly 30 percent rate it found in a small number of “high visibility cases” to be “far too high.”) Similar analysis, given the much greater variations in and number of state disciplinary bodies, would have required a massive, methodologically complex, and costly investigation. It’s understandable why the authors didn’t undertake it, but the report should have acknowledged the limitation.

The Reuters report, moreover, suffers from a tendentiousness that suggests less “comprehensive accounting” and more “titillating expose.” Although it acknowledges, for instance, that “punishment short of removal . . . is appropriate for most misconduct,” a paragraph earlier said the 90 percent of sanctioned judges who were allowed to remain in office included a judge who “had sex in his courthouse chambers,” a judge who “berated domestic violence victims,” and a judge who “was allowed to return to the bench provided he took a Breathalyzer test before each appearance.” The report similarly includes five variations of the statement that the victims of misconduct it identified “ranged from individuals who were illegally jailed to those subjected to racist, sexist and other abusive comments or actions.”

Most likely the 90 percent and those in that “range” also included many less dramatic examples—such as unintended, minor conflict-of-interest violations, for example—leading one to wonder how complete is the picture painted.

Factual errors, even if minor, also lead one to wonder what else they got wrong. About the federal system, for example, the report says “[c]omplaints against federal judges must be filed to the clerk in the appropriate regional circuit. They must be notarized, signed under penalty of perjury.” It adds that “only Congress can remove a judge, via impeachment.” While the federal complaint procedure is hardly a model of transparency, the rules and complaint form do not require notarization (and IAALS’ report, cited above, advises against it for state proceedings). And magistrate and bankruptcy judges, a sizable component of the federal judiciary, can be removed by other judges rather than through impeachment.

Finally, the report might have at least flagged two other questions for systemic analysis: first, does the data suggest any links between discipline imposed and demography? For an obvious example, do sanctions appear to vary depending on the race or gender of the judge, or of the object of the judges’ misconduct?

Second, did the authors look for links between sanctions they deemed inadequate and the types of, and procedures used by, judicial discipline bodies that imposed them? IAALS’ report summarizes great state-to-state variation in the structure, procedures, and composition of these bodies. There are constant debates about which forms and formats are most effective in achieving the necessary balance between judicial accountability and independence. Other than some state-specific references, the report says almost nothing about those debates and how, if at all, its findings might inform them.

Judges must be held accountable for conduct that violates their codes of conduct and governing laws. Kudos for what the report has revealed, even if it is hardly comprehensive. It is also an important reminder that we need to know more about this topic that is arguably central to public trust and confidence and—more importantly—justice and the rule of law.