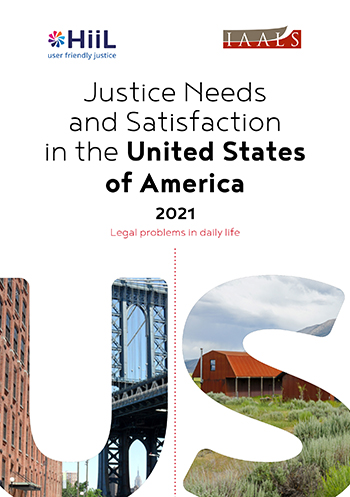 It’s no secret that the United States is deeply embroiled in a justice crisis. According to the World Justice Project’s Rule of Law Index, the U.S. ranks 30th out of the world’s 37 high-income countries on the civil justice factor and 22nd on the criminal justice factor. Numerous studies have shone light on aspects of the crisis—some focusing on how it impacts low-income Americans, others homing in on the crisis’s effects in specific geographic regions. Now, with the new report from IAALS’ and HiiL’s joint US Justice Needs project, we have data from more than 10,000 surveyed individuals that illuminates the contours of the justice crisis in this country.

What the Data Tells Us

The study shows that two-thirds (66%) of Americans experienced at least one justice issue in the past four years. The most common types of justice issues experienced are consumer issues, personal injury and personal property damage issues, issues with neighbors, work and unemployment issues, and crime. The data also demonstrates that, while certain groups are disproportionately impacted by justice issues, no socio-demographic group is untouched.

With respect to the perceived seriousness of these issues, the average score for reported issues was 5.88 on a scale of 1 (least serious) to 10 (most serious). The most serious types of legal issues were domestic violence and abuse (7.5), family (7), work and unemployment (7), and problems with the police (6.8). As with prevalence rates, there was considerable variation in the seriousness of legal problems experienced across demographic groups. Individuals in the following groups tended to experience more serious issues:

A substantial majority—about three-quarters (74%)—reported taking some kind of action to resolve their most serious issue, though the proportion who took action varied across problem types. While a majority of people took action for all problem types, those with family issues (90%), public benefits issues (82%), land issues (81%), money-related issues (81%), and personal injury issues (80%) most frequently took action.

On average, people engaged 2.2 sources of help for resolving their most serious issue. There was, of course, considerable variation in the sources engaged for different types of problems; however, overall, the most commonly engaged sources of help were lawyers (23%), family members (21%), insurance companies (18%), police (18%), and friends (15%). Interestingly, the proportion of people who reported seeking help from the courts (14%) was relatively small. When we asked those who did not seek help from the courts their reasons for not doing so, the most frequently reported reasons were that the issue was minor (19%), perception that the issue was not a legal matter (17%), preference for a different path to resolution (14%), and believing that resolution was not worth the effort (9.3%).

We measured the quality of the process people experienced on seven dimensions: voice (the ability to tell one’s story), participation in decision making, objectivity, correctability of the decision, respect, process clarity, and trustworthiness. Respondents assessed each of these items on a five-point scale, with 1 connoting low quality and 5 connoting high quality. The sources of help that most frequently received high marks for process quality were mental health professionals, medical professionals, and lawyers. The sources of help that most often were among those rated as having the lowest quality were federal agencies/organizations, employers, and courts. The three sources of help considered highest and lowest quality for each of the seven dimensions of process quality are shared below.

We were also interested to know what people viewed as the three most valuable characteristics of legal information and advice for resolving an issue like theirs. The characteristics valued most were trustworthiness (46%), easy to understand (39%), targeted to the individual’s situation (31%), and comes from a professional (31%); the characteristics valued the least were provided quickly (20%), provided one-on-one help from a person (17%), and available online or via app (7%).

Where We Go from Here

Our report provides a great many key insights into the state of justice in the United States. It points to a justice crisis that is pervasive, impacts everyone—but is not equally distributed—and can result in severe negative consequences in people’s lives. It also directs us to critical actions we can take to achieve user-friendly justice. But there’s still so much we can explore in our data. Perhaps most importantly, we can further disaggregate the data to gain a deeper understanding of how experiences differ across groups. The insights we glean from this research can be used as a cornerstone of evidence-based justice reform and innovation in our country. 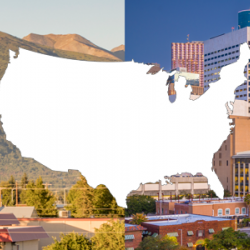 US Justice Needs
People of all socioeconomic backgrounds face problems every day with unclear paths to resolution, and 120 million legal problems do not reach a fair resolution every year. With the launch of our findings, we have not only uncovered the justice needs of our diverse populations nationwide—we are paving the way for meaningful progress to close the justice gaps in our society.
Read More
US Justice Needs