In the Wake of Rising Divorce Rates, Technology Can Offer a Hand 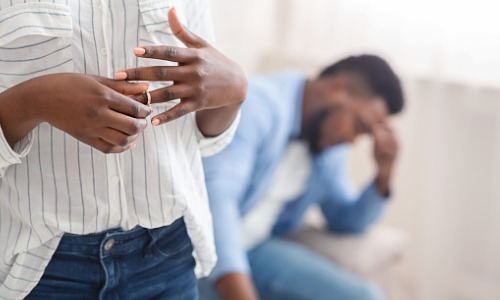 At the onset of the COVID-19 pandemic, many predicted the rise in housing, unemployment, and bankruptcy cases that would result from business closures, layoffs, and medical bills. As America continues to navigate this public-health crisis, however, some lawyers are noting an increase in another type of case: divorce.

According to a September New York Times article, figures from the Superior Court of California show that divorce filings in Los Angeles are up significantly over the last five months, as compared with the same period in 2020. And, this isn’t limited to California—attorneys in New York, Tennessee, and Texas have observed this trend as well.

The Times interviewed one New York-based divorce lawyer who said “his office has been handling an avalanche of covid-caused divorces for more than three months,” describing that, since May, their business has been up by over 20 percent. Another lawyer noted that, since April, her firm’s “phones have been ringing off the hook, nonstop” with people who want to begin divorce proceedings.

Many of the attorneys and relationship experts interviewed on this phenomenon believe the pandemic has forced couples to take a hard look at their relationships—something that was easier to avoid pre–lockdown. In addition, financial strain due to job loss, reduced hours, or medical bills has added stress to many relationships, and in some cases may have served as the tipping point to divorce. According to an article in the National Law Review, “relationship counselors consistently rank financial stress, boredom, disagreements about parenting, and arguing about household chores as the most common sources of relationship trouble.”

Of course, it’s also necessary to consider that higher divorce rates could also be the result of COVID-induced courthouse closures, which created a backlog of civil cases that’s just now starting to be addressed. In either scenario, though, courts should be prepared to deal with these cases as quickly and efficiently as possible. And something that could aid their efforts is technology.

IAALS has long cited the role that technology can play in making court proceedings more efficient and affordable—especially for litigants who are representing themselves. Online dispute resolution (ODR), for example, offers a number of benefits, including the ability to access the platform at any time, resolve one’s case without going to court, and resolve disputes on one’s own terms. In fact, the Clark County Family Court in Las Vegas, Nevada, has introduced ODR into its mandatory custody and visitation mediation process in divorce cases.

In addition, e-filing is a simple yet effective way that courts can make proceedings easier for everyday people, including those going through divorce proceedings. This summer, the Colorado Judicial Branch announced that a pilot program allowing documents in family court cases to be filed online will expand to seven more counties. The two-year pilot program allows online filing in divorce and custody cases where litigants lack legal representation—which accounts for about three-fourths of all family law cases in Colorado.

Across the pond, divorce has moved, for the most part, online. As of September, all new divorce applications to Her Majesty's Courts and Tribunals Service (whether filed by a litigant in person or an attorney) must be processed via a digital portal rather than paper forms.

One lawyer told the Law Society Gazette that “petitioners are now able to go through the divorce process easily without the assistance of a lawyer, enabling lawyers to focus on the financial arrangements, ‘which is often the most important element of divorce but can get overshadowed by the previously archaic and slow divorce process’.”

As always, it’s crucial to keep the digital divide in mind when implementing technology solutions. However, the transition from paper applications marks a positive trend toward making everyday court proceedings easier, quicker, and more affordable. And as the United States continues to navigate the pandemic, courts should look to success stories in other states (and abroad) to address the number of civil cases sure to come their way.