What’s in a Name: The Reality Behind the Rhetoric of Regulatory Sandboxes 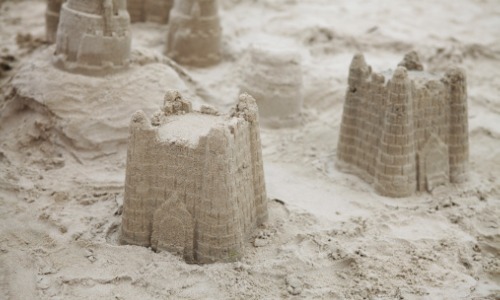 For those following regulatory reform efforts around the country, the regulatory sandbox feels a bit like that. Every day, it seems a new state is considering a sandbox as a vehicle for reform. From conversations with reformers in many states, however, the idea of establishing a regulatory sandbox seems extreme—radical, even. I don’t think we’re ready for that here is a refrain I hear quite a bit.

But I think the hesitancy around the sandbox tool might have something to do with the name itself, as well as a slight misunderstanding of what it means to create such an ecosystem. The reality is, though, that these initiatives are not as aggressive as they might seem—and in fact, state courts have been using similar reform tools for a very long time.

Utah—a pioneer in many respects—was the first state to establish a regulatory sandbox within the legal sector. (At the time, the state already had two other sandboxes, in the financial-technology (FinTech) and insurance sectors.) And, earlier this year, Utah established the first-of-its-kind general purpose regulatory sandbox that will operate across industries. (It is not clear how this would interface with the Office of Legal Services Innovation, if at all.)

California has been debating this issue for years, beginning with the work of the Task Force on Access through Innovation of Legal Services and now transferred to the Closing the Justice Gap Working Group. A year ago, legal commentators were expecting the state to be second (after Utah) to have an operating regulatory sandbox, but that is no longer a sure bet. In Washington, the Supreme Court Practice of Law Board presented the court with a blueprint for the legal regulatory sandbox that would follow Utah’s model. And most recently, the North Carolina Subcommittee to Study Regulatory Reform voted to move a legal sandbox proposal beyond the study phase and requested that the State Bar Council form an implementation committee to detail the proposal.

While many of these states are using Utah as a model, state approaches to this issue show that regulatory sandboxes are not one-size-fits-all. Earlier this year in Florida, the Special Committee to Improve the Delivery of Legal Services sent a recommendation to the Florida Supreme Court to establish a modified version of a regulatory sandbox—in this instance, creating an environment wherein the Special Committee’s limited “approved in concept” recommendations could be tested. The Chicago Bar Foundation Task Force on the Sustainable Practice of Law & Innovation also submitted its final report to the Illinois Supreme Court with a recommendation for a modified version of the traditional sandbox, which establishes a new category of regulated entities designed to foster responsible attorney-offered technology-based products and services.

A Relatively New but Established Mechanism for Regulatory Experimentation

Regulatory sandboxes are new to the legal industry—and these mechanisms are fairly new to begin with—but they have been generating positive advancements for years.

Outside the legal realm, the UK Financial Conduct Authority has been credited with creating the first regulatory sandbox (in the financial sector) in 2015. The sandbox was seen as a way to ensure current financial regulations were responsive to rapidly advancing technologies, as well as to drive innovation in the sector.

Despite first being established only six years ago, regulatory sandboxes already have a rich history outside of law. They have been erected across sectors in countries around the world (e.g., Finland, Argentina, the Netherlands, Korea, Singapore, Nigeria, Mozambique, Poland, and more). In the last three years alone here in the U.S., there has been growing momentum around establishing sandboxes for disruptive technologies in the medical, financial (some including blockchain), insurance, agricultural, energy, and property sectors.

Courts Are No Stranger to Experimentation

The chatter in legal circles that paint the sandbox as new and foreign—sufficiently different from anything else in the sector—creates some of the hesitancy we hear from state reformers. At its core, however, the regulatory sandbox bears close resemblance to a reform mechanism that courts are well-versed in: pilot projects.

Although I’ve seen judges and lawyers wary of certain pilot projects, there is nothing inherently controversial or radical about the pilot project as a tool for experimentation. The 1934 Rules Enabling Act allowed federal courts to make and experiment with inconsistent rules and procedures, and analogous legislation at the state level sets the framework for local pilot projects. New pilots testing processes, procedures, or technologies are constantly cropping up in jurisdictions around the country.

Of course, there are differences between the pilot project and the regulatory sandbox. A big one is in the scope of experimentation that they facilitate. Many state court pilot projects are limited (at least at first) to a few local courts; they are not usually rolled out statewide until enough favorable data has been collected to support that decision. This constraint on scope, however, is problematic with statewide regulatory issues, particularly when reforms envision new products and service models.

Legal service providers generally do not limit their practice to a single county or two within a state and asking them to segment their work in this sense is burdensome. Further, there is little incentive for legal service providers (existing or new) to build out new service models and products for such a limited market. (For some providers the state of Utah may be too small a market, which is why many of us in this reform space are hoping the California market will soon open to these innovations.) Finally, pilot projects are of (relatively) short duration, and their outcomes are uncertain. While a regulatory sandbox’s outcomes are also uncertain, the model allows for a much larger timeframe of experimentation, which in turn provides a larger incentive to providers. It is critical to remember that it takes time—often lots of time—to build new markets. The Utah sandbox increased its run time from three to seven years in recognition of the need to allow time for the market to form.

To Sandbox or Not?

In some states, just getting consensus for committing to the idea of a regulatory sandbox is an uphill battle, so gathering the political will to commit to the idea and implement and evaluate is hard to imagine. But it doesn’t need to be Utah’s model or bust.

While Utah and other states largely mimic the already-established sandbox model in FinTech, other state modifications are highly tailored to discrete concepts and recommendations (see the Chicago and Florida recommendations discussed previously). There is considerable opportunity, then, to tailor the sandbox design and scope to fit the regulatory goals of a particular jurisdiction. In this sense, the answer to sandbox or not? is: it depends. What are the state’s goals and scope of reforms under consideration? What is the appetite for comprehensive reform, or are ‘tinkering at the edge’ reforms enough? What is the financial commitment to running a sandbox?

An important note that I think gets lost in the political back-and-forth about legal regulatory reform: erecting a regulatory sandbox does not by itself create reform. The sandbox is a tool only, an environment for experimentation. The real commitment comes in erecting the structures for management and evaluation of the sandbox once experimentation begins. Since the entire point of a regulatory sandbox—or pilot project, for that matter—is to make decisions about the desirability or effect of rules under consideration, there must be a commitment to collect and analyze data.

It also bears mentioning that legal regulatory sandboxes are not a requisite precursor to reform. At least one state (Arizona) answered the question to sandbox at all? with a no. This is a viable option and saves the time and expense of experimentation. But all too often the legal industry seems to demand data in support of new rules changes, while simultaneously glossing over existing data on the negative effects of the current rules. To build a case for reform—to support changes and/or to sway skeptics—the regulatory sandbox may be a “necessary evil” until enough jurisdictions have collected data and demonstrated consumer protection.

The hope, though, is that after a critical mass of sandboxes have been established and data collected, jurisdictions can learn from those experiments and moved to informed reform, without needing to erect a sandbox first.