Will 2020 Be Hindsight? Swimming Naked in Our Justice System 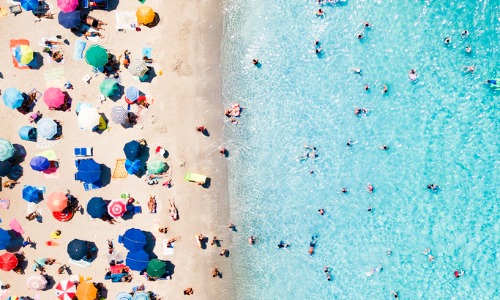 We have now hit the necessary escape velocity to punch through the gravitational pull of 2020. 2021 awaits, full of promise, mystique, and excitement. I, like most of my peers, have taken to finishing most of my Zoom calls these days with the words “glad 2020 is almost done, what a year!” while sighing in relief. But then it hit me. My peaceful exhales have become gulps. Here’s why.

There’s an old saying, attributed to Warren Buffet of all people: “Only when the tide goes out do you see who’s swimming naked.” 2020 revealed that most of us are swimming naked when it comes to our ability to meaningfully access our justice system. 2020 certainly exacerbated issues—something I’ll touch on in a minute—but its true effect and power was revealing our society’s not-so-secret dirty secrets: systemic racism, growing income inequality, the failing U.S. healthcare system, and a justice system that only serves a small minority of Americans.

I know we all want happy news. 2020 was tough. The problem is, we can’t socially distance ourselves from the access to justice crisis we currently find ourselves in. Worse yet, I fear COVID-19 will only widen the access to justice gap in our country further. Right now, we are living in an artificially created purgatory state: moratoriums on evictions are still largely in effect, banks haven’t started moving to seize the homes of folks who will inevitably default on their mortgages, domestic abuse victims are suffering in silence with nowhere to go, and the economy continues to be propped up on a mechanical ventilator of printed money and temporary unemployment benefits.

But what will happen once this artificial grace period runs out? What will happen when everything goes “back to normal” as vaccines are rolled out? That’s what I worry about. The courts may become flooded by self-represented citizens whose homes, property, and dignity are being seized from them and, worse yet, most will suffer these injustices and indignities alone, without legal help, because most Americans have already long abandoned the hope that the justice system will bring them anything but large legal bills, headaches, and a bureaucratic kick in the butt.

When do we want true access to justice? Now! (I hope you heard those words as if I were blowing into a bullhorn outside of an organized rally.) Now means 2021. Now means now. Do I have all the answers? No. I do not. If anything, I recognize the naivety of my youth. There are countless access to justice crusaders who have come before me and tell me, “Andrew, we tried that, we’ve been trying that. You aren’t saying anything different.” And perhaps I’m not saying anything different, but that’s because the problem still remains, and the answer hasn’t changed.

Don’t give me another subcommittee to study the problems. Give me action. The creation of more committees and subcommittees just allows for the banality of sanitized justice segregation to continue. Give me diversity in the legal profession. True diversity. That means female partners and firm leaders. That means people of color being promoted. It doesn’t mean a questionnaire with boxes on it, which leaves folks who have suffered at the hands of sexism and racism to carefully tick which box they fit into. How about a box that says “hurt, unheard, and left out”? Don’t give me a dog-and-pony marketing effort to highlight technology use in our profession as a means of covering up the fact that charging by the hour means many lawyers and firms chose to be inefficient because it’s economically advantageous to do so. Don’t tell me we live in the land of the free when our laws—the very fabric of our democracy—are being held ransom behind the paywalls of Fortune 500 corporations. And whatever you do, don’t tell me that including non-JDs in the delivery of legal services will lead to a focus on profits, and subvert our noble profession’s ethics and morals, while debating the Profit Per Partner rankings of the AmLaw100 over country club chicken cordon bleu.

2020 rolled over the rock and showed us what we already knew: our society is failing people in in many ways. More specifically, our society is failing the folks not given a seat when the aspirational ideals of America were penned. It’s time we all pull up a bunch more chairs, because 2020 isn’t going anywhere and, if anything, once this artificially created purgatory bubble we are currently living in bursts, the cradle will fall. More than ever, hardworking, honest, real people will have real legal problems, requiring real access to justice. Is our justice system ready for them? Are we ready for 2021? Are you? I’m not. But if there were ever a year for big New Year’s resolutions, this would be it.