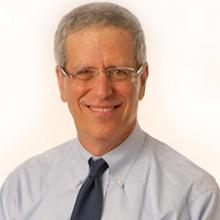 Andrew Schepard, J.D., M.A., is the Sidney and Walter Siben Distinguished Professor of Family Law at the Maurice A. Deane School of Law at Hofstra University. He also serves as the Director of Hofstra University’s Center for Children, Families and the Law and was formerly the editor of the Family Court Review, the interdisciplinary academic journal sponsored by the Association of Family and Conciliation Courts. Professor Schepard is the author of Children, Courts and Custody: Interdisciplinary Models for Divorcing Families (Cambridge University Press 2004) and has written numerous articles on families and children and the legal system. He is Co-Chair of the Family Law Education Reform Project (FLER), former Vice Chair of the Policy Committee of the American Bar Association’s Youth at Risk Commission, and serves on New York State’s Permanent Commission on Justice for Children. He was the Reporter for the Uniform Collaborative Law Act and the Model Standards of Practice for Family and Divorce Mediation. He was a founder of one of the first court affiliated education programs for separating and divorcing parents in the United States, Parent Education and Custody Effectiveness (PEACE).

Professor Schepard is a Fellow of Educating Tomorrow's Lawyers at IAALS, the Institute for the Advancement of the American Legal System, and is a consultant to IAALS' Honoring Families Initiative. He serves on the Faculty of the National Institute for Trial Advocacy - ABA Family Law Section Trial Advocacy Institute and as a Program Director for NITA trial and deposition programs. He founded the Law and Children column of the New York Law Journal. Professor Schepard has received awards from the American Bar Association, the Association of Family and Conciliation Courts, and the International Association of Collaborative Professionals for his work, including the ABA ADR’s Section 2010 Lawyer as Problem Solver Award.