Back to IAALS Staff 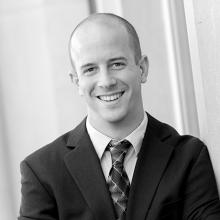 James Swearingen is a research analyst at IAALS. He assists with the collection and analysis of data as well as the preparation of reports to answer IAALS’ ambitious research questions. He joined IAALS in 2017 after working in various capacities in the healthcare and fitness industries.

Swearingen received his M.S. in Health and Sport Science from University of Memphis, during which he worked as a graduate assistant in both teaching and research. In this capacity, he taught courses in resistance training and delivered guest lectures in an upper-division course in strength and conditioning. Additionally, he was actively involved in exercise science research and constantly worked on his ability to express complicated topics using conversational language to students as well as research participants. Prior to attending University of Memphis, Swearingen received his B.S. in Kinesiology from California State University, Fullerton.