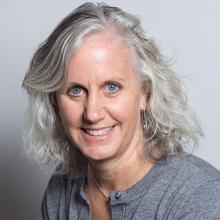 Paula Littlewood joined the WSBA staff as deputy director in 2003 and served as its executive director from 2007 until 2019. Before joining the WSBA, Littlewood served as assistant dean for administration and public relations at the University of Washington School of Law. Previously, she served as a professional campaign coordinator and fundraiser, working on statewide candidate and initiative campaigns as well as local legislative races.

Littlewood received her bachelor’s degree from Claremont McKenna College and her law degree from the University of Washington School of Law, where she also served as editor-in-chief of the Pacific Rim Law & Policy Journal. She also earned a master's degree in international studies, focusing on U.S.-Asian relations and studying Mandarin Chinese.

Littlewood was also a member of IAALS' Board of Advisors until her passing.

"I look forward to learning through Foundations for Practice what curricular emphasis in law school will be needed to train our future lawyers to take their issue-spotting skills and become adept problem-solvers for their clients."