The Bar Exam Does More Harm than Good 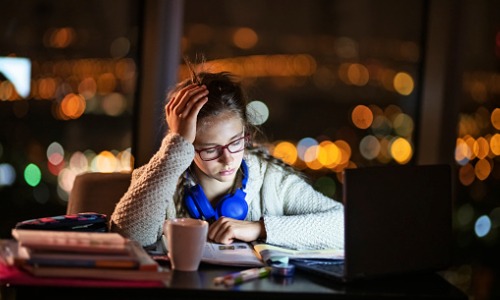 Last week, thousands of eager candidates for state bar admission once again gathered across the country to sit for the bar exam. Echoes of the not-yet-over COVID-19 pandemic remain, with more than half of states administering the exam remotely. But, by and large, most states seem to be on a gradual path to business as usual when it comes to how we license lawyers in the United States. After all we have learned and after all the steps states took toward alternative licensing structures taken over the past year, how can this be?

We have challenged the legal community to examine our licensure practices and honestly evaluate whether the current approach is the most effective and the most equitable—and there is some very promising progress being made. Most notably, the Oregon Supreme Court recently tasked an Alternatives to the Exam Task Force to explore possible alternative paths to licensure. The Task Force, which drew heavily on findings from IAALS’ Building a Better Bar study, outlined their recommendations in a report released last month. The Task Force recommended two new paths to licensure in Oregon: a supervised practice pathway and an experiential learning pathway. The guiding principles for the Task Force in developing recommendations were consumer protection and equity—and rightly so, in our opinion. After all, the goal of any licensure process should be to make sure the public is protected from incompetence without serving as an artificial barrier to people entering the legal profession. Indeed, this is precisely what the bar exam purports to do.

But does the bar exam actually do those things?

Proponents of the bar exam claim that consumers will be at risk of harm if lawyers are not required to demonstrate, through the bar exam, that they have attained the minimum competency needed to practice law. But there is simply no evidence to support this claim. Even worse, IAALS’ research on the Building a Better Bar project demonstrates that there are vast discrepancies between what the data tells us minimum competence consists of and what the bar exam actually tests. In short, despite claims to the contrary, the bar exam is not—and has never been—a valid measure of minimum competence and, therefore, cannot be defended as a mechanism for consumer protection.

As bad as this reality is, the real kicker comes when we engage in conversation about the bar exam as a barrier to entry—one in which minoritized bar candidates are disproportionately excluded from the profession. The legal profession remains one of the least diverse professions in the country: according to the ABA, in 2021, only 5% of the national lawyer population are Black and only 5% are Hispanic. We also know that for decades Black, Hispanic, and other minoritized examinees have consistently obtained lower scores, on average, than their white counterparts.

In a recent Bar Examiner article, NCBE defended the equity of the exam by describing their efforts to minimize or eliminate test bias, and suggested, instead, that the disparate outcomes for minoritized groups should be attributed to systemic educational and economic conditions that have existed throughout our history. The article, somewhat glibly, quotes the National Council on Measurement in Education on this topic, saying that criticizing the bar exam for its disparate outcomes is like “blaming a thermometer for global warming.”

Unfortunately, the authors of the NCBE article miss the point entirely.

No one would argue with their assertion that societal factors create barriers to entering the legal profession for certain racial/ethnic and income groups in this country. But if we find that our system for licensure does nothing but perpetuate these systemic inequities, the onus is on those of us in the profession to remedy it. We cannot simply throw our hands in the air and resign ourselves to allowing these inequities to permeate our profession. We in the legal profession are obligated as stewards of the justice system to find ways to create equity where it might not otherwise exist.

So, here is where we are: the best evidence that we have tells us that the bar exam does nothing in the way of protecting consumers from harm and, further, the exam reinforces unacceptable systemic inequities. In other words, our licensure process does more harm than good.

NCBE has, at least implicitly, acknowledged the shortcomings of the bar exam and, to its credit, the organization’s Testing Task Force released recommendations earlier this year to revamp the bar exam. But NCBE, for reasons we can perhaps imagine, is not asking the most fundamental question:

Is a bar exam even the best way to license lawyers?

As we argued in a previous post, probably not. The nature of the exam disadvantages individuals with fewer financial resources. Success on the exam requires preparation and prep courses that cost thousands of dollars. It is also true that a considerable proportion of examinees take months off of work to study for the bar exam; of course, only those with the financial means to survive an extended period of time without an income can do this. In terms of the actual content of the exam, so many of the concepts and abilities that are critical components to minimum competence—things like working with clients and negotiation—are likely better assessed authentically, in real-world situations. As others have written, a recent study by the AccessLex Institute suggests that the exam is a far better test of resources than it is of competence.

The bar exam certainly is not to blame for all of the disparate outcomes and inequities we see in the legal profession. But it does perpetuate them. And we have a responsibility to future lawyers, the clients they will serve, and to our justice system—a pillar of our democracy—to assure that the licensure process is as inclusive as possible while also protecting consumers from harm. This means exploring alternative paths to licensure that will allow us to overcome systemic problems that disadvantage minoritized individuals and make it harder for them to become lawyers. The recommendations of the Oregon Task Force to create two new, experience-based avenues to legal licensure are a step in the right direction. We hope that more states follow suit.

It may be difficult to envision a completely different approach to licensing lawyers—and even more difficult to turn that vision into a reality. But it is our duty to do so. As Marcus Aurelius said, “You can commit injustice by doing nothing.” And we have much to do. Business as usual is not sustainable if we are to meet the promise of justice. We must critically examine the way we admit lawyers to the bar. We must ask the hard questions. We must face the answers. And we must do the work of creating and implementing better, more equitable solutions. 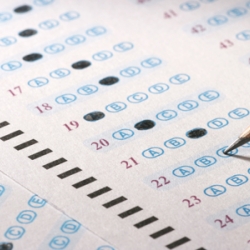 Building a Better Bar: Capturing Minimum Competence
The legal profession has never had a clear, explicit understanding of the minimum competence needed to practice law and how it should be tested on the bar exam (or through other licensing approaches). Through this project, we have defined minimum competence and have new recommendations for how the legal licensing process—including the bar exam—must change to better serve the public.
Read More
Bar Exam
Expert Opinion