Expert Opinion: Trusting the Public’s Perception of Our Justice System 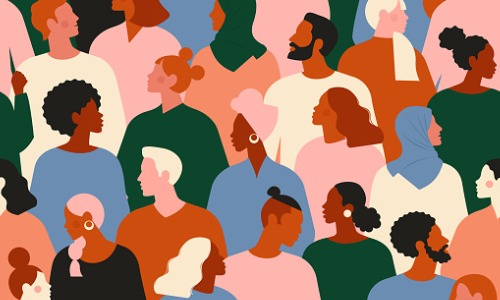 Public trust and confidence in our government institutions is critical to the functioning of our democratic republic. While members of the public are directly involved in electing the executive and legislative branches, the judicial branch is somewhat removed from direct public engagement. By design, the public has no direct role building out and maintaining the ranks of the federal judiciary. And while there are many states that do have some form of judicial elections (for better or worse), being further down the ballot means these races generally garner less public engagement than do other local positions.

Nevertheless, the judiciary does not operate in a vacuum, separate from the public it serves. Our independent courts rely on the trust and confidence of the public—and when the public has neither, we not only undermine our justice system, but our democratic system as a whole.

Setting the Bar High(er) for Trust in Our Judiciary

This is an area of great interest to me—and more broadly at IAALS. After all, perception is reality (no matter how much we deny that truth), and if the public has little confidence in the courts, all of our work here at IAALS is for naught. Part of what drives my personal interest in this issue is a belief that the public’s level of confidence in the system is unacceptably low. There exists quite a bit of research on this issue; one example is a National Center for State Courts annual survey of U.S. voters on how state courts are performing and perceived. The latest survey shows that over the last eight years, public trust and confidence has held steady around 70 percent. Now, I’ve heard many digest that statistic with pride. Seventy percent, that’s well over half of those surveyed! And yes, that is accurate. But it’s not that simple.

For one, there are some people (read: me) that don’t accept as a win that 30 percent of the voting population does not have confidence in state court systems. Second, it’s hard to even accept that particular statistic because, as a blanket figure, that isn’t the whole picture. Many studies have found substantial differences in how people from different racial and ethnic groups answer the question of whether they have confidence in their state courts. In fact, the 2015 version of the same survey found a “massive racial gap on most measures, with African Americans much more distrustful of the courts and the broader justice system.” That survey found that only 32 percent of surveyed Black Americans believe state courts provide equal justice to all. This is consistent with other studies showing findings of low levels of trust and confidence among Black and minority respondents.

So, if we want to pat ourselves on the back, we lump everyone together in a single statistic. If we want to improve, we need to dig a bit deeper.

The Misleading Narrative on Civics Education

In 2018, my team and I conducted some exploratory research into public trust and confidence in the civil justice system. In the course of doing so, we undertook a comprehensive literature review, unearthed expert commentary on the subject, and engaged system stakeholders. The first takeaway from this exercise? Some incredible work has been done in this area by researchers, and we would all do well to revisit their findings more often as we work to construct justice system solutions. Another takeaway is that there are devoted and passionate leaders throughout the judiciary and court community working to rebuild and re-earn the public’s trust.

What I want to highlight here, though, is another current in the public trust and confidence conversation. One that never sits well with me, but that I hear frequently. It goes something like this:

“Public trust and confidence in the system is low because people don’t understand how our judiciary works. The public can’t name a single Supreme Court justice, and they think Judge Judy is what it’s like to go to court. Civics education is virtually non-existent these days. Of course the public’s trust in the system is not where we want it to be. How can you trust something you don’t fully understand?”

At least we have some good news on this front. Our recently released exploratory research suggests that people might know more about the civil justice system than we give them credit for. Most of the participants in our research did not have any personal experience with a civil case, yet many had some sense of the broader legal process. Also, while our study participants were well aware of television dramas centered on the legal system (shows like Law & Order, Bull, Judge Judy, etc.), almost all recognized that these portrayals are dramatized and distort the legal process in certain ways.

That said, the broad argument about civics education in this context must be addressed. Civics education is important. But it does not appear to be a major factor in explaining low levels of confidence in our courts.

The Delta Between the Aspiration and the Reality

Even if we brought civics education back into American schools, I don’t believe it would even make a dent in the issue of low public trust and confidence. That’s because rather than it being a lack of understanding around how the system works that drives this sentiment, I would suggest that the public knows all too well. Notably, they know that the system is biased in a number of ways—and there is ample empirical evidence to support this perspective.

Concerns over bias in the courts appeared prominently in our recent qualitative study on public trust. More importantly, numerous quantitative empirical research studies have provided evidence confirming those concerns: there is widespread systemic bias in our courts. We know that issues of race and gender enter the hallways of our “fair and impartial” courts. We also know—very well here at IAALS given our work in this area—how socioeconomic status impacts judicial outcomes and how low- to middle-income people are priced out of the fairness touted by our system.

Civics education is not going to remedy this reality. Most civics education teaches about American government from a theoretical standpoint, as if current day-to-day operations are entirely reflective of constitutional text and our Framers’ prose. Sure, the judiciary as envisioned at the time of our government’s creation—and still today—is one that is fair and impartial, embodied visually in our Lady Justice. But the devil is ultimately in the details, and at the time our country’s courts were erected, Black individuals in this country were considered property and women had few rights. It has taken more than two centuries for the judiciary to even begin to enforce the ideas of equality enshrined in our founding documents. And it is clearer than ever that we still have a long way to go.

The argument that places poor civics education at the center of issues around public trust in the justice system confuses aspiration with the actual functioning of the system. Don’t get me wrong. People should know what our system aspires to achieve; the public should understand the values that underlie America’s justice system. It is essential, after all, that we know where we’re going. But this understanding is separate and apart from—and not superseded by—the knowledge of the system that people gain through personal and communal experience. Blaming the public for basing their perceptions on lived, shared experiences instead of the ideal system that our Constitution seeks to achieve is inappropriate. Shame on us.

Accepting, Admitting, and Addressing the Hard Truths of Our Justice System Work

The public knows the reality of how the justice system functions today. It is we who are now catching on.

The call has never been louder for court leaders and system stakeholders to accept and admit this hard truth. The pandemic has forced difficult conversations about how to serve the public—how to dispense justice—in an environment that makes the old in-person, on-site model nearly impossible. In a sector where the question “is court a place or a service?” is debated, the pandemic has turned everything on end (and most likely put the debate around that question to bed).

Amidst the chaos of COVID-19, the flagrant murder of George Floyd and increasing national attention on other racially based killings (most recently Jacob Blake) have forced even more difficult conversations about the issue of bias in our society. In the justice sector, we have long had evidence of this bias. We cannot explain away these discrepancies as anything but institutional bias. We can no longer deny the systemic whiteness and privilege that characterizes our justice system and therefore defines how all others view and experience that system.

As of February 2020, only 15.5 percent of state supreme court seats were held by people of color. Twenty-three states have an all-white supreme court bench. While trial courts may be a tad more diverse, they are nowhere near reflective of the populations for whom they are charged with dispensing justice. In my career, I’ve had the pleasure of meeting and working with countless judges and justices working toward racial justice in the courts. Yet there is a very real question of whether and how well white men can design systems for everyone. While human-centered design thinking is important, and I applaud its growing use in the legal sector, there are limits on the ability of one human to truly understand the lived experiences of another.

We cannot rely solely on the majority white male leadership in our nation’s courts to create new systems that remove the biases BIPOC routinely experience in the justice system. Until we diversify our benches—and judicial decision-makers begin looking more like the public they serve—we will not demonstrably improve the level of trust the public has in the judiciary. And in order to ensure this diversity in the long term, there is much work to be done to ensure access in the pipeline to the bench, starting as far back as our practices around the LSAT and scholarships into law schools.

We can’t just ignore these issues anymore, certainly not by hiding behind civics and patronizing an uneducated public. Accepting and admitting that gender, racial, and socioeconomic biases are a reality for many who need justice does not mean undermining our system or trashing the courts and the ideals to which they aspire. Quite the contrary. It is time that we system stakeholders look inward and take responsibility for those aspects of the system that are failing. By doing just this, we will begin to earn the trust and confidence of our public. And in the course of creating a truly unbiased and impartial justice system for the American public, we will also be committing to improving the profession in ways that are decades in the making. It is through this continuous cycle of improvement that we both better our profession and better our service to the public.

The courts in the United States exist to uphold the rule of law. But they do not operate in a vacuum, separate from the people they serve. This project has dived deeper into the issue of low public trust and confidence in our courts, working closely with key partners and stakeholders, including—most importantly—members of... END_OF_DOCUMENT_TOKEN_TO_BE_REPLACED
Public Trust and Confidence
Expert Opinion