On August 20, IAALS and the University of Denver Sturm College of Law co-hosted a virtual panel discussion on how regulatory reform can help address issues of racial injustice, featuring legal industry leaders and access to justice advocates Rohan Pavuluri (Co-Founder/CEO, Upsolve), Andrea S. Jarmon (Founder, Jarmon Law Group), and Andrew Arruda (Co-Founder/CEO, ROSS Intelligence). As part of our Future of Legal Services Speaker Series, the panelists discussed issues of racial injustice in both legal education and the profession, as well as what regulatory reform actually looks like in action, with nearly 120 people in attendance. Video of the event is available below.

Andrew Arruda kicked off the presentation with a discussion about the current state of legal education, including the LSAT score disparity between Black and Hispanic/Latino students and their white counterparts—which many believe is the result of a student’s ability to study (rather than work a job) and to afford expensive prep courses. And this phenomenon isn’t limited to the LSAT: one study conducted by the Law School Admission Council found that the eventual bar passage rates for Black students was 77.6 percent, the lowest of any racial or ethnic group also included in the study.

What’s perplexing about this score disparity, Arruda explained, is that “these are folks that come in with the same cumulative GPA as their white student counterparts.” All of this is especially troubling when one considers that the majority of law school financial aid is merit-based: according to one figure Arruda provided, 67 percent of white law students are receiving merit-based financial aid, while only 52 and 49 percent of Latino and Black students are, respectively. So unsurprisingly (yet discouragingly), Black law graduates are carrying twice the amount of debt as their white counterparts, and Hispanic/Latino students are close behind—an even more pressing issue when one considers America’s racial wealth gap. When all of this is taken into consideration, it’s no wonder that the legal profession is one of the least diverse in the United States.

“There’s these constraints and these leaks along this pipeline that I think must be addressed,” he said before diving into several proposals to address these critical problems, including:

“I think what we all need to do is really aim for better racial literacy, and break free of the old patterns we’ve had in the past.” Arruda urged the audience to seriously reconsider the formation of the applicant pool that’s eventually going into practice—i.e., “[who] are the folks who then think about, and form the rules, around regulation in the space”—especially because these issues aren’t going to get better and, in fact, will only worsen.

“What we’re seeing is a situation where structural racism has found its way into legal education. And I’m hoping that we can work together to change that situation.”

Next up was Rohan Pavuluri, who focused on the way the legal community views—and talks about—the issue of access to justice. “In reality, I think that it’s one of the fundamental problems of the American democracy—how we’ve restricted the supply of justice available by making it so hard for people to become helpers.” Access to justice, says Pavuluri, is not just a niche professional issue, but a civil rights one:

“The current state of legal regulation in America is wholly incompatible with equal rights under the law.”

This led Pavuluri to start his nonprofit Upsolve. During his time as a graduate research assistant, Pavuluri was confronted with the alarming fact that a vast number of Americans can’t access the rights they’re guaranteed because they can’t afford lawyers. And if they do try to navigate the system without a lawyer, they’re faced with complex processes and unfamiliar language.

“There’s a strong analogy and comparison to literacy tests and poll taxes that used to stop people that were Black and brown in the South before the civil rights movement from being able to vote.” There isn’t a huge difference, Pavuluri explained, between court forms and literacy tests, as well as between legal fees and poll taxes.

So what are the solutions? While Pavuluri believes there is a need for more pro bono and legal aid lawyers, that alone won’t solve this problem. There’s also a need for simpler courts—Pavuluri suggested eradicating Latin terms on consumer-facing forms, keeping language at a 12th-grade reading level and below, and implementing user testing on any new products and services.

And, of course, there’s a need for regulatory reform. “There are so many people in America who could benefit from some form of legal help that aren’t able to receive it, and there are so many areas of poverty law where we can train people—within one year, within two years, and at a much lower cost than law school—to become competent helpers.” Bankruptcy, eviction, and consumer debt collection are all areas that Pavuluri believes could be significantly alieved with help from helpers who aren’t necessarily lawyers.

“If we ever want equal rights under the law in America, we need to find a way to increase the supply of helpers available and to responsibly think about how we can train people to become those helpers, who aren’t lawyers—train those librarians, those social workers, people who have already been vetted as being in the public interest.”

Underlying all this, Pavuluri said, is a cultural notion we need to dismiss that individuals need a lawyer for every legal problem, regardless of the nature or scope of the problem. This notion is “out of touch, intimidating, and a racial injustice.”

Finally, Andrea Jarmon spoke to the realities of implementing regulatory reform by giving an overview of Washington State’s first-of-its-kind Limited License Legal Technician (LLLT) program. The program came about after a rule adoption in 2012, which created a new category of qualified licensed individuals that would be permitted to offer limited legal services in specific areas of the law.

“In adopting this rule, the Washington State Supreme Court emphasized the importance of closing the [access to justice] gap, but it also recognized that this rule was not going to be a magical wand. It wasn’t going to solve every issue and challenge that we have, because the nature of unmet legal needs is so massive. But it was one beginning opportunity to start to do that.”

Jarmon laid out the rigorous requirements of the LLLT license (which some thought were too much and some thought weren’t rigorous enough). She also discussed the applications and limitations of the license, as well as the challenges the program faced. Ultimately, the program was sunsetted this past June, the rationale by the court being it was simply too expensive and not an effective way to meet people’s legal needs. Many were disappointed by this decision: Jarmon shared a quote from Justice Barbara Madsen, which acknowledges “the role judges and the legal community at large have played in maintaining this reality” of systemic racism. “[We’ve] recommitted our efforts to ending racial disparity in our governmental, community, and social institutions. The elimination of the LLLT license, which was created to address access to justice across income and race, is a step backward in this critical work.”

Yet Jarmon expressed that she hopes the program will be a model for other states as they reimagine legal services and implement new, innovative programs to address our country’s access to justice crisis. She said:

“Perhaps not everyone needs a lawyer, but everyone should have access to some means of legal assistance.”

We are so grateful to the panelists for their insights and inspiration, as well as to everyone who attended. Please save the date for the next session of our Future of Legal Services Speaker Series, featuring Crispin Passmore, Will Morrison, and Abigail Moy—moderated by David Lat—which will be held on October 27. And, consider subscribing to our newly launched Unlocking Legal Regulation newsletter to get the most recent news and updates, information regarding upcoming events (like our speaker series), recommended reading from regulatory reform thought leaders, and more delivered to your inbox each month. 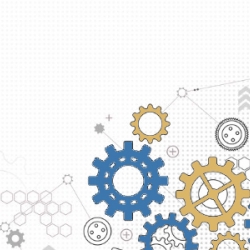