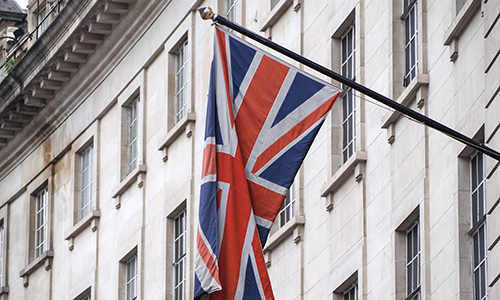 The reform of lawyer and legal services regulation is a topic of growing interest in states across America, and a new report out of England and Wales contributes to the momentum around new frameworks for regulation.

The Independent Review of Legal Services Regulation published and submitted its final report to the Lord Chancellor today, after two years of work that included six working papers, an interim report, and meetings with more than 340 stakeholders. The review was an independent effort designed to assist the government in assessing the current regulatory framework for legal services in England and Wales.

The comprehensive 340-page report, authored by Professor Stephen Mayson, sets out a series of findings and recommendations. He writes that England and Wales face a paradigm shift determined by three factors—COVID-19, the rapid pace at which technology is evolving, and the exit of the United Kingdom from the European Union. All of these “further the rupture with the past” and contribute to the overwhelming need for the countries to adopt a new way of delivering—and regulating—legal services.

Broadly speaking, the review’s long-term recommendations are geared toward creating a new regulatory framework that:

In the report, Professor Mayson cites the recent acknowledgment by the Solicitors Regulation Authority—the largest regulator of solicitors and law firms in England and Wales—that the “rate of change makes it increasingly difficult for the regulatory framework laid down by the Legal Services Act to remain relevant.” As such, the review also recommends that the current list of reserved activities established in the Legal Services Act of 2007 be reconsidered, and these services to be appropriately folded into the new risk-based regulatory framework.

There are differences between the regulatory structures in the United States and those in England and Wales; notably, the latter does not have rules pertaining to the unauthorized practice of law. Yet many of the recommendations that Mayson details are under consideration here in the U.S.

In February, the Arizona Task Force on the Delivery of Legal Services filed a petition with the state supreme court to eliminate Ethical Rule 5.4 (which prohibits fee-sharing) and, in its place, adopt a framework for regulating alternative business structures. And just last month, the State Bar of California Board of Trustees voted to consider the adoption of a regulatory sandbox, which would allow new kinds of legal services and providers to temporarily enter the market while regulators evaluate their effectiveness as well as the overall risk they pose to the public. IAALS, as part of our Unlocking Legal Regulation project, is helping to create, implement, and evaluate the regulatory sandbox in Utah.

The findings and recommendations are numerous and thoroughly detailed in the final report. Readers wanting to understand the full landscape of the review’s recommendations and consequences of these proposed changes are encouraged to take the time to thoroughly read it.

Mayson concludes: “at the end of this Review, I am left with the overwhelming sense that the current regulatory approach is dated. It is aimed at the regulatory issues, problems and assumptions of an era that has now passed.” Leaders in the U.S. legal profession have reached a similar conclusion, and as the pressure put on the legal system from COVID-19 is increasing, these voices are growing louder. While opponents to regulatory reform—here and in England and Wales—continue to challenge these efforts, it is becoming increasingly difficult to support maintaining a status quo that leaves a majority of legal system users without any help at all.

Too many people cannot effectively access our legal system to protect their rights and resolve their disputes. But if we want to make legal services more accessible, we must re-envision how they are delivered. This project is about taking a bold step forward into a consumer-centered regulatory system—one that is... END_OF_DOCUMENT_TOKEN_TO_BE_REPLACED
Unlocking Legal Regulation
United Kingdom