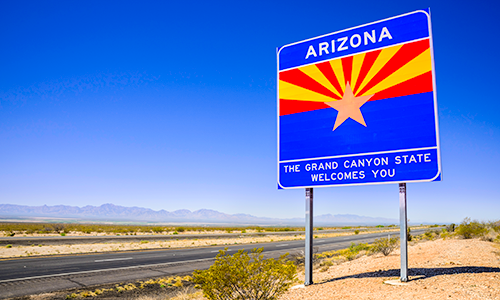 More and more states are focused on civil justice reform in an effort to ensure their courts are accessible, efficient, and relevant to all. Arizona has been a long time leader in civil justice reform, and in 2015 Arizona renewed its commitment to these ideals by creating a Civil Justice Reform Committee to “develop recommendations, including rule amendments or pilot projects, to reduce the cost and time required to resolve civil cases in Arizona’s superior courts.”

The Committee was charged with reviewing national proposals for reform and research, including the Conference of Chief Justices Civil Justice Improvements Committee’s report Call to Action: Achieving Justice for All, the National Center for State Court’s Landscape of Civil Litigation in State Courts, and IAALS' and the ACTL’s report Reforming Our Civil Justice System: A Report on Progress and Promise.

Arizona’s Civil Justice Reform Committee issued its report and recommendations, A Call to Reform: The Committee on Civil Justice Reform’s Report to the Arizona Judicial Council, in October 2016, with each of the Committee’s members signing the report to show their unanimous support. The Arizona Supreme Court reviewed those recommendations and issued a series of rule changes that recently took effect July 1, 2018.

In IAALS’ recent webinar, Learning from Arizona’s Success, Arizona’s Chief Justice Scott Bales and the Arizona Committee’s Chair Don Bivens, spoke about the Committee’s efforts and the recommendations that have now been put in place. As Chief Justice Bales noted in the webinar, “That the Commission was unanimous in its recommendations was very important in the Court’s rather seamlessly and smoothly adopting almost all of the recommended rule changes that came out of the report.”

They shared their experiences about the process, including creation and structure of the Committee, and the important steps taken to ensure the changes were implemented in a successful way, including outreach to and education of the bench and bar. As states around the country seek to implement the CCJ recommendations, we encourage them to look to the experience and successes in Arizona and draw upon them as a resource. As Don shared during the webinar, “I have found that as other states are considering this type of effort, that if they would like to talk with the folks that were involved in Arizona to get it done, I would invite that.”