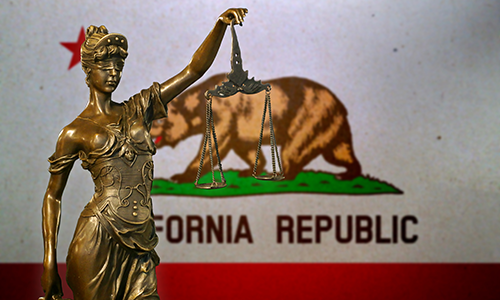 As a member of the California State Bar Task Force on Access Through Innovation of Legal Services, I’m often asked how things are going with ATILS and what is coming next. Considering the recent increase in news coverage of our efforts, the critical feedback received to date, and with the Task Force recently being named to the 2020 American Bar Association’s list of Legal Rebels, I thought it was the right time to put together this quick blog post to provide everyone with an update from the Golden State. Read on to get an overview of our initial mandate, where we are today, and to get the inside scoop on next steps for the ATILS Task Force efforts which come to an end as of March 31, 2020. I'm sure our last meeting, which will be this month on February 24, will be bittersweet.​

If You Really Want to Hear About It

The purpose of ATILS was threefold:

1. Establish a definition of unauthorized practice of law through the review of the current consumer protection purposes of the prohibitions against unauthorized practice of law as well as the impact of those prohibitions on access to legal services with the goal of identifying potential changes that might increase access while also protecting the public. To do this, we also dug into the impact of the current definition of the practice of law on the use of artificial intelligence and other technology-driven delivery systems, including online consumer self-help legal research and information services, matching services, document production, and dispute resolution;

2. Reimagine marketing, advertising, partnerships, and fee-splitting rules. ATILS has spent the past 13 months evaluating the existing rules, statutes and ethics opinions on lawyer advertising and solicitation, partnerships with nonlawyers, fee splitting (including compensation for client referrals), and other related rules in light of their longstanding public protection function. Our goal has been the articulation of a recommendation(s) on whether and how changes in these laws might improve public protection while also fostering innovation in, and expansion of, the delivery of legal services and law-related services, especially in those areas of service where there is the greatest unmet need; and

3. Rethink nonlawyer ownership or investment with a focus on preserving the client protection afforded by the legal profession’s core values of confidentiality, loyalty, and independence of professional judgment, to prepare a recommendation(s) addressing the extent to which, if any, the California State Bar should consider increasing access to legal services by individual consumers by implementing some form of entity regulation or other options for permitting nonlawyer ownership or investment in businesses engaged in the practice of law, including consideration of multidisciplinary practice models and alternative business structures.

All This Happened, More or Less

After months of hard work and reviewing thousands of public comments, we’ve landed on a set of recommendations which address each of our mandated areas of focus. A draft of each of these recommendations, as well as the agenda for our next ATILS meeting, set February 4th, can be found at this State Bar California Bar link. While our recommendations include explorations of Rule 5.4, advertising rules, and fee-splitting, amongst other topics, most individuals have been particularly interested in the ATILS recommendations around nonlawyer ownership and investment in law firms or legal service entities.

After issuing some of our initial recommendations, our Task Force sought public comments and feedback on our work. This led to thousands of very helpful comments from various individuals and groups full of thoughtful concerns for our Task Force to consider. After breaking down, categorizing and then systematically reviewing each and every piece of feedback received, our Task Force plotted a course forward and recommended a Regulatory Sandbox approach for California as it both addressed the critical feedback received, as well as—and I think most importantly—represented a great path forward to enable innovative action while tracking data and not hurting the livelihoods of currently practicing lawyers.

For those reading that may not know what a regulatory sandbox is, it’s a framework set up by a regulator that allows participants to test innovative business models or offer products and services in a controlled environment under a regulator’s supervision. The sandbox model allows for the gathering of data to assess impact and protect against consumer harm. If the data is promising, changes to rules and statutes will then be considered more generally. A regulatory sandbox helps get over the catch-22 we currently find ourselves in across many jurisdictions where it’s obvious the current system for regulating lawyers is not working but changing things wholesale without a thoughtful approach is obviously not a viable or fair alternative.

That’s the rundown. So now, without further ado, let’s hop into how things are shaping up from a Regulatory Sandbox lens in California through a quick overview of the current regulatory sandbox draft recommendation which will be finalized at or before our last meeting which is on February 24, 2020.

It Was Love at First Sight

The current ATILS draft of the recommendation is aimed at creating a system where any business model, service, or product that cannot be offered under the current rules and statutes for providing legal services will be permitted so long as they apply and are approved by an oversight body and are admitted into the California regulatory sandbox. 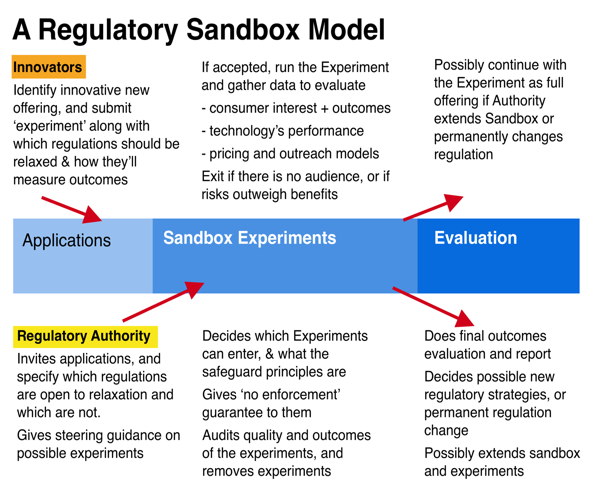 According to the draft recommendation in its current unfinished and unapproved state, for the most part, if a service or entity cannot operate under the current rules and statutes then approval would be needed by the oversight body through the regulatory sandbox process. Actively licensed attorneys or law firms partnering with, contracting with, or employed by entities approved by the oversight body would not need to take any separate action for approval. However, those licensed attorneys who partner with non-approved entities will need to seek approval by the oversight body with respect to that arrangement. Such measures will allow for the necessary data collection and compliance oversight.

The current draft of the recommendation, which as noted above will be finalized at or before the last ATILS meeting on February 24, outlines the following: which entitles and services would be outside the regulatory sandbox including examples; entities and services which will require sandbox approval including examples; the process and participant requirements; data requirements and analysis; how the removal process from the sandbox would take place; funding; reciprocity; and lastly, outlines what post-sandbox activity would look like upon the completion of the sandbox timeline which will likely be between 2-3 years total. The current draft also goes into depth around the need to ensure incentives to encourage applicants to innovatively develop systems to target the areas of greatest need in order to maximize access to justice. Lastly, the draft also provides a list of possible pros and cons when it comes to regulatory sandboxes in general and a review of how a regulatory sandbox in California may respond to some of the critical feedback received during the public commentary period.

But That Is the Beginning of a New Story

The goal of the final draft of the ATILS recommendations are to form a framework for how best to move forward with regulatory reform in California. The Task Force erred towards the general rather than the particular in order to ensure all possible ideas on how best to ensure access to justice in California were captured. Once the ATILS recommendations are finalized at the ATILS Task Force level, they will be formatted into a final report, which will be submitted for consideration by the California State Bar’s Board of Trustees for approval. After the Board of Trustees approve the final report, it will then be submitted to the California Supreme Court. At that point, the ATILS Task Force’s work will be over. Our final report might be the subject of a new story, but our present story is ended.

Once the supreme court reviews the final report, it will issue a response that will dictate any next steps. There will likely need to be a separate task force established that will be charged with implementing any and all of the recommendations that the supreme court has approved at that point. Due to the fact that in California there is a unique dual legislative format, where the legislature is actively involved in regulating lawyers in addition to the Supreme Court of California, the legislature may also be involved. Ultimately the supreme court’s response will dictate not only what happens next but the timeline as well.

So We Beat On, Boats Against the Current

With Arizona, Utah, Illinois, and many other states now considering a reexamination of professional rules, all eyes and ears are pointed towards California and what comes next. Although I am a Task Force member myself and am proud of the work we’ve accomplished, I’m just as excited about what comes next, too. One thing is for sure—the fact that we can even have the conversations and debates we are currently having around regulatory reform is an incredible sign that access to justice for all may not just be something we aspire to, but may become a reality while making for a more profitable, effective, and rewarding profession for hundreds of thousands of attorneys across the country.