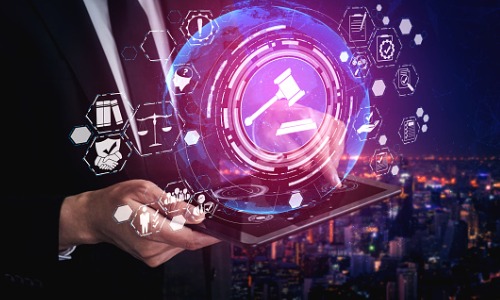 Utah and Arizona are pioneers in the regulatory reform space. In Utah, the state supreme court and the Utah Bar Association worked together to launch the first legal regulatory sandbox, where authorized entities can offer products and services that would not have been permitted under the traditional rules of professional conduct. The Arizona Supreme Court took a different approach to reform and amended the state’s prohibitions on nonlawyer ownership. Legal services entities within the state that are seeking a co-ownership arrangement with individuals who are not lawyers can now apply for an Alternative Business Structure (ABS) license.

While the regulatory reform strategy differs between the two states, there are similar and interrelated motivations driving these efforts: fostering innovation and increasing access to justice. New research from Stanford Law School’s Deborah L. Rhode Center on the Legal Profession, led by David Freeman Engstrom and Lucy Ricca (Co-Director and Director of Policy and Programs, respectively), begins to shed light on what is happening in these ecosystems. In doing so, the Legal Innovation After Reform report provides early but key insights into the central premise of regulatory reform: “that the existing rules governing delivery of legal services create high and often insurmountable barriers around the supply of legal services, raising prices, stymieing innovation, and yielding a dysfunctional market that cannot optimally deliver legal services to those who need them.”

The Stanford researchers conducted interviews with 37 entities that had authorization to operate in jurisdictions with liberalized regulatory rules. Half of these entities were in Utah and Arizona; the other half were in England and Wales, where certain regulatory reforms have been in place for a decade. (For the sake of brevity and focus, we do not include mention in this piece of the insights gleaned from England and Wales.) In order to understand the broader context of how much innovation may occur in these jurisdictions and, importantly, who that innovation serves, the researchers analyzed public-facing materials from 57 of the entities authorized in Utah and Arizona.

In addition to identifying the types of innovation occurring in these liberalized legal services markets, the Stanford study set out to determine how much of each type of innovation is likely to result from the different reform approaches. (See Endnote 1)

The study found that “rule reform in both states is spurring significant innovation in the ownership structure of legal services providers, and lawyers are playing a central role in that innovation.”

With respect to innovations designed to serve low-income populations, these entities are all located in the Utah sandbox. The study found that “nonprofit organizations and B corporations together make up 10 percent (4) of entities in the Utah Sandbox.” The study also found that most of the authorized entities in Utah and Arizona are serving consumers and small businesses: “Based on this evidence, rule reforms appear more likely to spur innovations that serve clients within the PeopleLaw sector, not the BigLaw sector.”

The authorized entities in Utah are serving a larger diversity of legal service areas than are the entities in Arizona. Entities in both states are active in the following service areas: accident/injury, business, consumer finance, criminal, end of life planning, immigration, marriage and family, and real estates. Only entities in the Utah sandbox, however, are offering legal services in discrimination, healthcare, landlord-tenant, and public benefits matters.

Technology features prominently in the entities authorized in Utah and Arizona, and perhaps more importantly, 54% (19) of these entities employ a technology tool that “is primarily public-facing and not practicing law within the conventional meaning of UPL.” Non-tech innovations are also important among entities in Utah and Arizona, particularly pricing innovations, which include subscription and flat-fee pricing.

This study is an important next step in understanding the interplay between professional regulation and legal innovation. The findings also highlight how different approaches to rules reform may yield different outcomes with respect to access to justice.

Unlocking Legal Regulation
Too many people cannot effectively access our legal system to protect their rights and resolve their disputes. But if we want to make legal services more accessible, we must re-envision how they are delivered. This project is about taking a bold step forward into a consumer-centered regulatory system—one that is competitive, broadly accessible, and better meets the needs of the people.
Read More
Arizona
Utah