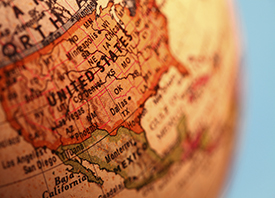 Access to justice is by no means a new conversation in the United States, but it has been a frequent topic of conversation over the last few months. The National Center for Access to Justice at Cardozo Law School recently released a Justice Index, which provides a state-by-state picture of access to justice. The Index takes into account four key elements of access:

In each category, the initial findings do not paint a favorable picture of access to justice in the U.S. The Index shows that more than 80 percent of litigants across the states appear without attorneys in matters concerning evictions, mortgage foreclosures, child custody, child support proceedings, and debt collection cases. Nationwide, there is approximately one civil legal aid attorney for every 10,000 people in poverty.

The access to justice issue took to the international stage last Thursday and Friday when the United Nations Human Rights Committee asked the U.S. to account for its growing civil justice gap. Two worrisome trends dominate the discussion: 1) individuals with representation do better in certain actions, and 2) the access to justice gap disproportionately affects women, minorities, and immigrant communities. While the U.S. constitution does not provide for a right to legal counsel in civil cases, obligations under the International Covenant on Civil and Political Rights commit the U.S. to ensuring meaningful access to justice for all citizens.

The U.N.'s primary focus is on encouraging the U.S. to increase access to legal representation for the indigent, but for many—IAALS included—the impact of the access to justice gap is far broader. The cost of civil litigation is increasing to the point where many citizens are being priced out of the civil justice system. Three national surveys of diverse attorney groups reflect that firms turn away cases when it is not cost-effective to handle them. Surveyed attorneys also responded that the cost of litigation forces cases to settle that should not settle based on the merits. The practical impact is that many Americans—not just low income Americans—are unable to access the courts.

In family courts, the number of litigants appearing without legal representation is even greater than in civil cases. While exact numbers differ by jurisdiction, one can expect anywhere from sixty to eighty percent of cases to involve one or more self-represented litigants. In these cases, legal aid is increasingly unavailable for those of modest means, let alone the indigent, and this trend shows no signs of abating. IAALS believes the remedy must extend beyond just expanding legal aid to models that incorporate these new realities.

Through the Rule One Initiative, we are monitoring, measuring, and contributing to the civil justice reform efforts in state and federal jurisdictions around the country, with the hopes of streamlining the pretrial process to reduce cost and delay.  Similarly, the Honoring Families Initiative is exploring how the processes for separation and divorce can better serve families, and we are experimenting with an out-of-court, non-adversarial alternative for families that prioritizes positive outcomes for children. Together, we are working to bridge the access to justice gap and bring the legal system back in line with the needs of its users.