Williams-Yulee v. Florida Bar: Is Justice for Sale on the Campaign Trail? 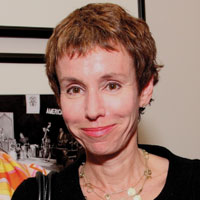 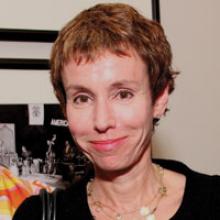 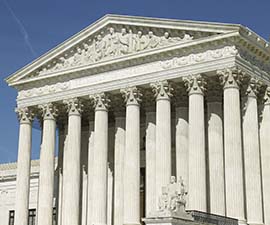 Last Tuesday's Supreme Court argument in Williams-Yulee v. Florida Bar was the latest chapter in the Court's struggle to balance electoral candidates' right to solicit campaign donations against the appearance or actual threat of corruption that arises when litigants or attorneys donate to a judge's election campaign and later appear before that same judge in court. Remorse was palpable in the Justices' questions over the unintended adverse consequences of the Court's 2002 Republican Party of Minnesota v. White case, which first struck down state judicial canons restricting speech in the election of state judges. Yet what all the Justices seemed to agree about during the oral argument—that electing state court judges poses great risk to the legitimacy of the states' judiciaries—remains beyond their power to remedy.

At issue in the case is Section 7C(1) of the Florida judicial ethics canon. Williams-Yulee, a non-incumbent candidate for office, violated its prohibition on judicial candidates directly requesting donations to their campaigns by signing her name on a mass mailing asking for contributions. The canon stipulates that direct requests must come from surrogates, although judicial candidates may send thank-you letters for donations received. As Williams-Yulee's attorney, Andrew Pincus, acknowledged, the Florida ethics canon addresses three concerns:

In response to a question from Justice Ginsburg at the outset of the argument, Pincus willingly conceded that his client could be barred from individual face-to-face solicitation of campaign donations for her Florida judicial campaign, but defended her right to make the written solicitation that gave rise to the disciplinary action forming the basis for the case.

[I]f we say, well, the one-on-one letter, that's almost like a personal solicitation, we can ban that, then what about a letter to five people? And then we're off to the races. . . . It seems to me, when you make the initial concession, you have a real problem in determining how to make this not over- or under-inclusive.

The potential that a solicitation signed by a judicial candidate—particularly an incumbent judge—could be coercive most troubled both Justice Sotomayor and Justice Breyer, as their questions indicated. Citing her time as a federal judge in New York, Justice Sotomayor said that when she as a judge had occasion to ask anything of a member of the Bar, “it's very, very, very rare . . . that an attorney will say no.” Justice Breyer echoed the sentiment, saying that in his experience, when a judge asks a lawyer to do something, “the answer is yes,” and adding that it was his “instinctive” and “intuitive” reaction that attorneys receiving a personal fundraising request from a judge would feel coerced.

Justice Scalia pointed out that the prohibition forbids judicial candidates not only from soliciting attorneys, but from soliciting anyone; this suggests that he views the Florida prohibition as overbroad. Similarly, Chief Justice Roberts wondered whether a narrower restriction, applying only to litigants, might be adequate to serve the anti-corruption interest.

Williams-Yulee's counsel noted that in some states, like Minnesota, judicial campaign rules preclude the judge or candidate from ever knowing who made the donation; by striking a different balance, the Florida rule seems to suggest that the state is less concerned about the coercion and quid pro quo elements. Because the Florida canon expressly permits the candidate to write a note of thanks to the donor, the effect is the same—at some point the candidate knows who has made the donation. The Justices appeared split on whether that after-the-fact knowledge ameliorated the risk of coercion.

“What about the interest in judicial dignity,” asked Justice Scalia, but neither counsel engaged with that question, a missed opportunity. Perhaps they viewed it as colloquy between Scalia and Justice Kennedy, but it was clear that the notion of judges forced to be, in his word, “mendicants,” repelled Justice Scalia. As he pointed out, since the restriction on direct personal appeals applies to both attorney and non-attorney prospects, the evil sought to be remedied is that a judge, who on the bench must be impartial, is forced into the undignified position of begging for donations. Justice Alito, too, seemed to want to rescue judges from making their own requests for funds, while at the same time allowing the requests to be made. His question was whether the campaign committee could receive a list of prospects from the candidate, and the Bar's counsel hastened to assure that it could.

As in the Caperton case, questions from the Court's more conservative members suggest that a majority decision could well hinge on the Justices' concern over the corrosive effect that the deluge of money coming in to judicial campaign has on public perception of judicial integrity. In the U.S. today, thirty-nine states elect some or all of their judges. The U.S. is almost the only nation in the world where judges are elected.* According to a 2013 poll by Justice at Stake and the Brennan Center for Justice, 87% of voters believe that campaign contributions made to judges in state judicial elections have “some influence” (59%) or “a great deal of influence” (28%) on judges' decisions. And while state-by-state efforts to depoliticize judicial elections by moving to alternate models, like merit selection, consistently fail to receive voter approval, the Court is well aware that public confidence in the impartiality of state courts is eroding. Justice Breyer and Justice Kennedy, representing both wings of the Court in the judicial election speech cases, have both made public statements decrying the trend. The Court's decision in the Williams-Yulee case gives them a chance to brake the race to the bottom in state court elections.

*The late Professor Roy Schotland found some Swiss cantons and parts of Japan where local judges are elected.

Meryl Chertoff attended the oral argument at the United States Supreme Court on January 20, 2015. She is a member of the Quality Judges Initiative O'Connor Advisory Committee.