How Reregulation Could Benefit Lawyers 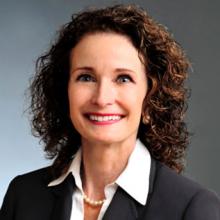 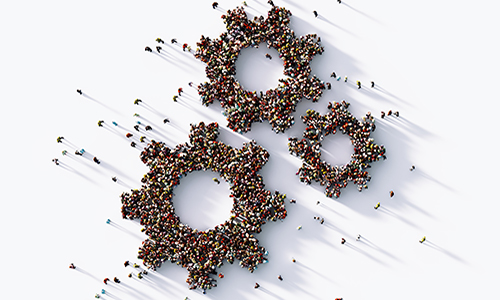 Some lawyers have expressed concern that changes to the Model Rules of Professional Conduct (Rules) will allow new players into the field, potentially reducing their income and/or taking their jobs. On the contrary, however, allowing new players in the business of legal services (i.e., those who bring competencies and skills lawyers don’t have) may make it possible for lawyers to scale their practices and enlarge the legal services pie for all.

The purpose of lawyer regulation

The purpose of regulation is to protect the public, not lawyers’ livelihoods. Therefore, it’s not valid to oppose regulatory change on the grounds of increased competition and potential income reduction. In fact, arguing that lawyers should maintain a monopoly based on the Rules isn’t tenable under various legal and ethical principles, including antitrust considerations.

The following appears in the Preamble to the Rules:

“[12] The legal profession’s relative autonomy carries with it special responsibilities of self-government. The profession has a responsibility to assure that its regulations are conceived in the public interest and not in furtherance of parochial or self-interested concerns of the bar.”

To this end, IAALS and several state task forces are evaluating whether the Rules accomplish the goal of protecting the public from fraudulent or incompetent legal services. And, if they do, at what cost? How might we unlock legal regulation, continue to protect the public, and also provide them better service?

Three categories of rules are in the spotlight: 1) rules against the unauthorized practice of law; 2) rules against lawyers providing anything of value in exchange for referrals or recommendations; and 3) the rule against fee-sharing with those who aren’t licensed lawyers. This latter rule, ensconced in Model Rule 5.4, prohibits lawyers from partnering with nonlawyers as well as nonlawyer investment in law firms.

Arguably, the provisions in Rule 5.4 aren’t ethics rules governing lawyers’ behavior vis-à-vis their clients. Instead, they are economic rules prescribing how lawyers structure their business with other lawyers and allied professionals.

Currently, lawyers can only organize themselves to deliver legal services in three ways: sole proprietorships, legal partnerships, or LLCs. In these structures, money is received as fees and profits are distributed to partners/owners at the end of the fiscal year. There’s little incentive to forego distributions and invest in technology or other long-term solutions to better serve clients.

It can be assumed that the goal of this regulation is to protect the public. However, there’s little reason to continue to cling to the prescribed structure if enforcement results in unintended negative consequences for consumers or lawyers.

Technology is ubiquitous. It’s providing opportunities for professionals who aren’t lawyers to enter the legal landscape. The profession must recognize that lawyers are already competing with non-JDs operating in the legal space.

On the consumer side, internet-based law companies have emerged as major competition for solo and small firm practices, which include over half of the attorney population. The success of providers like LegalZoom indicates a significant untapped market—and unregulated businesses are making serious inroads into that market.

Our world is becoming more legally and technologically complex by the day. In recognition of the need for technological competence, Comment 8 was added to Model Rule 1.1, stating that lawyers have a duty to “keep abreast of changes in the law and its practice, including the benefits and risks associated with relevant technology, engage in continuing study and education and comply with all continuing legal education requirements to which the lawyer is subject.” Thirty-seven states have adopted some form of this tech competency requirement.

But for those who started practicing before computers were on their desks let alone in their pockets, it may be overwhelming to keep up with what’s relevant as well as to assess the benefits and risks. What if such lawyers could co-venture with technologists, engineers, or other experts to seamlessly provide such expertise in service to clients? Would clients rather enlist the expertise of a computer scientist or pay their attorney to learn how to configure technology through CLE programs?

The rule against paying for referrals also hampers lawyers, making it necessary to spend non-billable time on business development. Data from lawyers across the country who use Clio’s cloud-based practice management technologies paint a sobering picture of how solo and small firm attorneys spend their time. The 2016 data show that, on average, lawyers log only 2.2 hours of billable time per 8-hour day and collect payment on the equivalent of 1.5 hours per day. In 2017, Clio surveyed users on what was happening to the missing 6 hours. The subsequent data confirmed that the non-billable tasks that are consuming lawyers’ time and constraining their income have nothing to do with the exercise of their legal acumen. In fact, thirty-three percent of attorney time was spent on business development and another 48 percent on administrative tasks.

I wonder what lawyers could accomplish if they didn’t have to spend so much time looking for clients. What would happen if they could ethically use services to match them with clients at scale?

Reregulation could help unlock more rewarding and impactful careers for lawyers. However, there should be no knee-jerk response to reregulation efforts, but rather careful consideration of the complexity of the current legal ecosystem. If it’s determined that the Rules affecting the business of law are part of the problem, it’s the province and responsibility of the state supreme courts to change them.