A Rallying Cry for Comments on Utah Regulatory Innovation Efforts 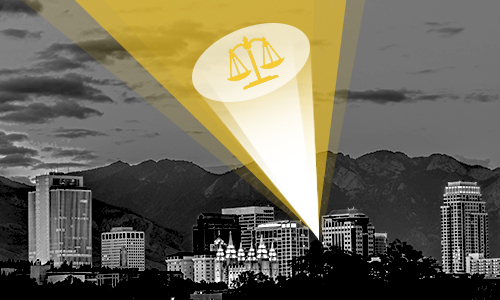 Momentum for regulatory reform continues to build this summer, as states across the country move forward with groundbreaking experiments to expand the delivery of legal services—with the potential to make them more accessible and affordable for all. This being said, we cannot take any of the progress being made for granted, or get comfortable thinking regulatory reform is an inevitability. Change on the scale needed to better ensure access to justice should not be thought to be guaranteed—it requires hard work and dedication now and tomorrow from as many supporters as possible.

We are living in unprecedented times. As many already know, earlier this year, both the Conference of Chief Justices and the American Bar Association passed resolutions urging states to consider regulatory reform, and many states are answering the call. A Connecticut State Bar task force is exploring if alternative business structures could be effective in reducing legal costs and helping lawyers build more sustainable and consumer-centered practices. Committees and task forces in Florida, Illinois, New York, and Washington, D.C., are also examining regulatory changes.  Arizona’s supreme court will soon vote on whether to allow professionals other than lawyers to have ownership interests in law firms and to create a new category of legal-service provider, in addition to other rule changes. And in May, an effort I (Andrew) helped lead with the California Bar ATILS task force resulted in the California State Bar Board of Trustees voting to explore the development of a legal regulatory sandbox—the second state to do so, behind Utah.

Utah has been leading the way in these efforts, and in late April, its supreme court announced that, in light of the pandemic, it was expediting its review and approval of proposals for its regulatory sandbox where new legal service providers can enter the market and serve the public alongside lawyers.

"Americans need and deserve access to affordable legal services. For decades, we in the legal profession have tried to volunteer ourselves across the access-to-justice gap. Under that approach, we've witnessed the gap grow into a crisis. And now COVID-19 and its aftermath threaten so many of us with severe legal consequences. The Utah Supreme Court's regulatory reform efforts offer a way to harness innovation and market forces to improve the delivery of much-needed legal services to all."

The sandbox, based on IAALS’ model, is a first-of-its-kind program that will allow the Utah Supreme Court—with help from IAALS— to gather invaluable data on the benefits provided by these new legal service providers, as well as assess any risks they may pose to consumers. The sandbox is part of several proposed rule changes, which also include replacing Rule 5.4 of the Rules of Professional Conduct with Rules 5.4A and 5.4B. Rule 5.4A would govern lawyers delivering legal services in the traditional manner, and Rule 5.4B would be applicable to lawyers participating in the pilot regulatory sandbox. In addition, the changes include simplifying lawyer advertising rules.

As Justice Himonas stated, the pandemic has made the need for efficient and affordable legal services even more urgent. Americans are facing a deluge of legal problems in the midst (and the wake) of this crisis, such as eviction, consumer debt challenges, and domestic violence and other family disputes. Utah’s reregulation efforts are only the first in a series of long-overdue changes that will open Utah’s legal industry to new and innovative ways of reaching more people and providing more cost-effective legal advice.

Which leads us to the reason for this blog post. This is a rallying call. The public comment period on the proposed rule changes is open until Thursday, July 23, and it is integral for all those who are committed to serving the public and transforming the way legal services can be delivered—and making justice available for all who need it—to submit comments in favor of these important advancements.

While as of late there has been tremendous progress around unlocking legal regulation, we cannot take any this recent progress for granted. The current regulatory structure has been in place for many decades, and in order to build a new regulatory framework—a framework which ensures access to high-quality and affordable justice for each and every person—we all have to dig deep and keep pushing. This movement to unlock legal regulations to improve access to justice for all is a marathon, not a sprint. Utah has been leading the way in many aspects of regulatory reform; however, participating in the public commentary period, which expires on July 23, is critical. With Utah we have an unprecedented opportunity to help shape the future of the delivery of legal services; it’s essential we make the most of the tremendous momentum currently in motion across the country.

Your support is needed. Please submit your comments, thoughts, and support directly with the Utah Court by posting a comment at the bottom of the comment page here. This is a group effort and every comment counts, so please also share this article widely with family, friends, and colleagues. The regulatory reform signal shines brightly over Utah and your help is needed—will you answer the call?

Unlocking Legal Regulation
Too many people cannot effectively access our legal system to protect their rights and resolve their disputes. But if we want to make legal services more accessible, we must re-envision how they are delivered. This project is about taking a bold step forward into a consumer-centered regulatory system—one that is competitive, broadly accessible, and better meets the needs of the people.
Read More
Unlocking Legal Regulation
Utah