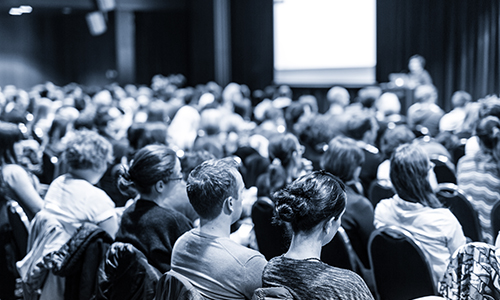 On Monday at the American Bar Association (ABA) Midyear Meeting in Austin, Texas, the ABA House of Delegates passed Resolution 115, encouraging states to consider regulatory innovations to expand access to justice. The resolution, prepared by the ABA Center for Innovation in partnership with the ABA Center for Professional Responsibility’s standing committees, created controversy in some circles leading up to the meeting. Bar leaders from New York, Ohio, New Jersey, Illinois, Pennsylvania, and Delaware voiced vehement opposition to the proposed resolution and encouraged other leaders to follow suit. But the opposition was unable to stop this key resolution.

Passage in the House of Delegates was assured after the addition of a few amendments, including the provision stating that “nothing in this Resolution should be construed as recommending any changes to any of the ABA Model Rules of Professional Conduct, including Rule 5.4, as they relate to nonlawyer ownership of law firms, the unauthorized practice of law, or any other subject.” Substantial revisions were also made to a report accompanying Resolution 115, which detailed the issues and described the various approaches being considered by states to reform current regulatory systems. The supplemental report took no position against or in favor of these efforts—or regulatory reform more broadly—but these entire sections were nevertheless removed.

With these and other amendments, the resolution passed with a near unanimous vote and with nobody speaking in opposition during the House of Delegates meeting. The ABA now joins the Conference of Chief Justices, which already adopted its own Resolution 2 earlier this month urging consideration of regulatory innovations regarding the delivery of legal services—putting bar leadership on this issue on par with the leadership shown by the courts.

Some commentators, however, have expressed frustration at amendments they claim effectively gut the original resolution, worried that Resolution 115 as adopted will dissuade states from picking up the issue of regulatory reform. We disagree. The document should be taken at face value. As adopted, it is now the official policy of the ABA that it “encourages U.S. jurisdictions to consider regulatory innovations that have the potential to improve the accessibility, affordability, and quality of civil legal services, while also ensuring necessary and appropriate protections that best serve clients and the public.” Given its history of intransigence on many regulatory issues, this is a remarkable change. It reflects the dire reality we currently face in providing access to legal services and builds on the momentum already here for reconsideration of current regulatory structures.

Utah, California, Arizona, Connecticut, New Mexico, Oregon, and the District of Columbia are all at some stage in the process of proposing or creating changes with the goal of expanding access. IAALS, through our Unlocking Legal Regulation project, is serving as a resource and source of support to many of these states. And we will watch with great enthusiasm what 2020 holds for re-regulation and access to justice more broadly.

If your state is considering regulatory innovation, we can help. Visit our online Knowledge Center or contact us directly for more information.

Unlocking Legal Regulation
Too many people cannot effectively access our legal system to protect their rights and resolve their disputes. But if we want to make legal services more accessible, we must re-envision how they are delivered. This project is about taking a bold step forward into a consumer-centered regulatory system—one that is competitive, broadly accessible, and better meets the needs of the people.
Read More
Unlocking Legal Regulation