To See Clearly: The Mission of Defining Lawyer Competence and Revitalizing the Legal Profession 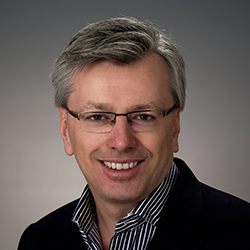 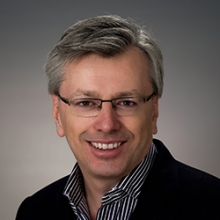 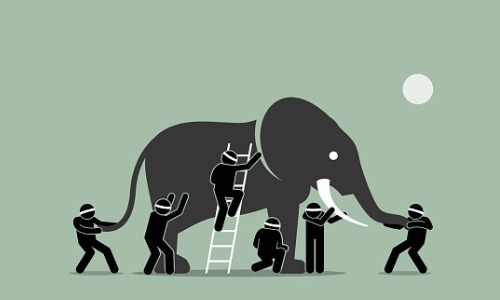 This parable, familiar across many cultures, was first recorded in the Buddhist text Udana 6.4 more than 2,500 years ago. It has achieved such longevity worldwide because it speaks to the universal human tendency to draw incorrect conclusions based on limited personal experience.

In the original version of the parable, the three people were permanently blind rather than temporarily blindfolded. I modified the story for a number of reasons, but mostly because I wondered what would happen if the three people could see the real elephant, with its majestic frame and remarkable complexity. Would they be able to shake off their first impressions? Would they accept the elephant for what it was, or would they stubbornly continue to see what they had first believed?

The legal profession today is facing a very similar challenge when it comes to understanding the true nature of lawyer development. Like the blindfolded people in the parable, we have perceived and pursued three separate activities:

We have treated these activities as fundamentally separate, and have accordingly assigned them to three different groups: the first to law schools, the second to lawyer licensing authorities, and the third to lawyer regulatory bodies. Not only do these three groups not coordinate their efforts, but they rarely speak with each other and often maintain a distant—even tense—relationship.

What we’ve forgotten, or maybe never fully realized, is that these are not three separate stages of a lawyer’s development. They are all the same thing. Lawyer development is a single continuum that starts even before the first day of law school, and continues past the point when a lawyer has become an independent, confident, and proficient professional. Until we recognize this fact, we will continue to struggle to develop lawyers properly.

Observers from outside the legal profession shake their heads at the spectacle of how lawyers are formed.

Each of these three aspects of lawyer development surely can be done better. But reform cannot truly begin until we recognize that this is a single process that we have needlessly broken into three separate parts and assigned to three separate overseers. We have to remove our blindfolds and see what really has become the elephant in the room.

We need a unified lawyer formation process. For that, we need a universal framework of lawyer competence—one that can form the basis of:

This won’t be easy. Becoming a good lawyer was already complicated when we entered the twenty-first century, and it has grown more challenging and intricate during the last two decades of upheaval. But the difficulty of the challenge is no reason not to pursue it, and the immense importance of the goal gives us every reason to try.

IAALS’s Foundations for Practice project is the most comprehensive and deeply researched attempt I’ve yet seen to create that universal competence framework. Importantly, the Foundations project recognizes that the skills and characteristics we expect lawyers to possess and display throughout their careers must be the very same ones that they begin to develop in law school and upon which they are assessed when they apply for licensure. It is all one process. The foundations determine the strength and resilience of the legal career edifice that will be built upon them.

My own work with lawyers over these last two decades of upheaval has underlined for me the critical importance of getting this process right. I have watched the legal profession respond poorly and selfishly to the rapid and wide-reaching change throughout the legal sector, neglecting the interests of clients and the public while sacrificing the mental and physical wellness of lawyers, all in an attempt to wring the last drops of profit from a lucrative but dying business model.

The pandemic has closed the books on that era of the legal profession, and a new book has now been opened, its pages invitingly clear and eager to be filled. We now have the opportunity—and the obligation—to reinvent ourselves for this new world, a process that must begin with a complete reassessment and revitalization of how we define, develop and deploy lawyers in our society.

Among my contributions to this field, I have proposed my own working definition of lawyer competence for consideration, suggested a radical restructuring of the lawyer formation system, and argued in favor of a multi-dimensional understanding of competence. I also recommended several changes to a lawyer licensing and continuing competence regime here in Canada, and I look forward to the opportunity to do the same for other jurisdictions. And I’m proud to say I’ve joined the advisory board of IAALS’s Foundations project, dovetailing my efforts with those of the extraordinary membership and leadership already in place.

But we need more. This is the time and the place for everyone who cares about the future of the legal profession and the people it serves to join the cause of professional re-examination and self-renewal. We all need to remove our blindfolds, take several steps back, and recognize the reality and the enormity of the challenge—and the opportunity—that stands before us. 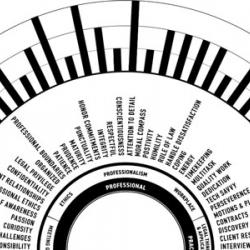