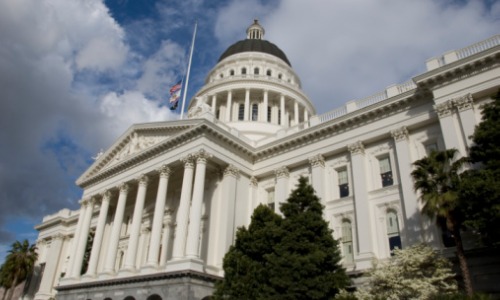 UPDATE: Governor Newsom has signed AB 2958 into law, restraining the bar from exploring the development of legal paraprofessionals and a legal regulatory sandbox.

The State Bar of California’s foray into legal regulatory innovation has a relatively long history.

To start, the State Bar Task Force on Access Through Innovation of Legal Services (ATILS) worked for years to explore three focus areas:

Similar to programs implemented or under consideration in states like Utah, Arizona, Minnesota, and Oregon, the working groups have been studying how these innovations could address the lack of access to affordable legal services in the state of California—a lack that is severe. A comprehensive study conducted by the state bar in 2019 found that “55 percent of Californians experience at least one civil legal problem in their household each year,” and that “they received inadequate or no legal help for 85 percent of these problems.”

All of this progress and years of work by dedicated committee volunteers will be halted and disregarded, at least in the short term, unless California Governor Gavin Newsom stands up to special-interest attorney groups.

The Final Countdown Is On

Last year at this time, there seemed to be any number of pathways that might lead to the downfall and defeat of the State Bar of California’s exploration into legal regulatory innovation. But when two California lawmakers—Assemblyman Mark Stone and Senator Tom Umberg—interfered in the bar’s work in these areas last December, a new descent path emerged: death by legislature.

Shortly after the lawmakers’ December 7 request that the state bar shut down the working groups, an amendment to the annual bill reauthorizing state bar dues (AB-2958) inserted language that would essentially prohibit the bar from moving forward with these two efforts. And, according to an article in Bloomberg Law, the bill would also “require the bar to report to lawmakers by next Jan. 15 the total spent since 2018 to study creating a sandbox or the licensing of nonattorneys as paraprofessionals. The report must include source of funding and use of the money, including salaries, travel, food and beverage, and lobbying.”

In August, the bill passed out of both houses, and it now sits on Governor Newsom’s desk. He has until the end of this month to sign or veto the legislation. And the senate attached an urgency statute, so that the legislation will go into effect immediately upon passage into law.

The Public Messaging Behind the Legislation

The external messaging attached to the legislation highlights the ongoing failure of the State Bar of California to meet its core function of attorney discipline.

As reported by Bloomberg Law, Senator Tom Umberg, chairman of the Senate Judiciary Committee and author of the early December letter to the bar, said during floor debate on AB-2958 that the legislation essentially tells the bar, “‘Hey, you really need to focus on first things first. First things first are getting the discipline system in order before we create a separate paraprofessional category, certified category, for you to oversee and before we allow corporations to begin practicing law.’”

Of course, nobody can deny that the ongoing scandal involving disbarred California attorney Tom Girardi—the former president of the prestigious International Academy of Trial Lawyers and member of the state bar’s Trial Lawyer Hall of Fame—is serious. More broadly, attorney discipline is a very important function of legal regulators.

Yet widespread concerns over the State Bar of California’s handling of the attorney disciplinary process precede this latest celebrity lawyer scandal—by decades.

The May 1996 California State Auditor report on the state bar expressed concerns that certain practices in the bar’s disciplinary process may be creating the appearance of bias in favor of attorneys.(1) The April 2003 report notes continued deficiencies in bar staff’s adherence to policies and procedures when processing complaints (including failure to enter information into the database and poor record keeping and file maintenance).(2)

Two years later, in April 2005, the auditor report found that the bar had not fully followed through with the 2003 recommendations regarding the implementation of a checklist in the disciplinary process. Difficulty collecting money related to disciplinary cases—and the increase in membership fee allocations to disciplinary costs—is another theme mentioned throughout these early 2000s reports.

Over the last decade, the very tone of the auditor report titles (and accompanying content therein) conveys increased frustration at the ongoing issues with the bar’s disciplinary processes:

Other Motives Behind this Interference

Given this history, one can understand how Girardi’s malfeasance represents a climax in the legislature’s frustration. Yet the lawmaker’s own public messaging show that other motivations are at play, as well.

The lawmakers’ initial opposition letter goes beyond suggesting that the state bar dedicate its resources to the disciplinary process. It clearly attacks the substance of what these working groups were considering and the anticipated outcomes. The lawmakers write:

“Corporate ownership of law firms and splitting legal fees with non-lawyers has been banned by common law and statute due to grave concerns that it could undermine consumer protection by creating conflicts of interests that are difficult to overcome and fundamentally infringe on the basic and paramount obligations of attorneys to their clients.

The regulatory sandbox could become an open invitation for profit-driven corporations, hedge funds, or others to offer legal services or directly practice law without appropriate legal training, regulatory oversight, protections inherent in the attorney-client relationship, or adequate discipline to the detriment of Californians in need of legal assistance.”

These are direct attacks on the assumed outcomes of the working group—attacks that, as usual, are supported by unverified assumptions alone. These statements are also misinformed fearmongering, and do not accurately reflect the scope of the recommendations.

And with the recent adoption of an urgency clause that will bring the bill into effect upon the governor’s signature, it seems very clear that this regulatory reform exploration is the real target of the legislation.

The Final Days of California’s Leadership in Legal Innovation

Governor Newsom’s decision should come any day now—and, in all likelihood, he will sign the legislation. But even on the rare chance that he pushes back against attorney lobbying groups, these efforts are already dead. Assemblyman Stone and Senator Umberg have all but promised this last December: “Any proposal that would materially change current consumer protections for clients receiving legal services and fundamentally alter the sacrosanct principles of the attorney-client relationship would be heavily scrutinized by our Committees.”

Lawmakers certainly didn’t want to consider the working group recommendations on their merits, in the public environment of the legislative process. And they have succeeded in ensuring that they don’t have to.

1. 19–34 (“Specifically, the State Bar eliminated the process of allowing complainants to appeal complaints they believe were closed improperly. The elimination of this practice, combined with the discretion afforded deputy trial counsels to close cases without systematic review by State Bar management, may contribute to any public perception that it does not properly regulate attorney conduct. Furthermore, the State Bar issues more private than public reprovals, thus effectively depriving the public of knowledge regarding an attorney’s past misconduct.”)

4. Suggesting that “the State Bar allowed some attorneys whom it otherwise might have disciplined more severely—or even disbarred—to continue practicing law, at significant risk to the public” and also that the Bar spent $76.6M on a capital project instead of directing those funds to improve its discipline system. 1–3.