The Legal Profession's Leaky Pipeline Is Leaving Black Americans Behind 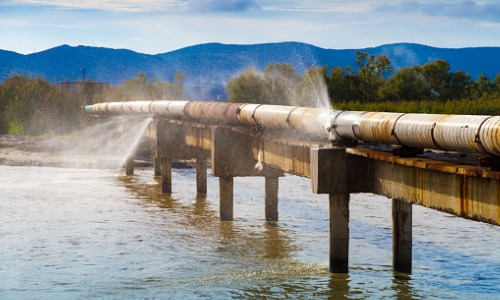 In the wake of ceaseless and unjustifiable deaths of Black men and women at the hands of police across the country, a long-suppressed outrage has erupted into a demand for justice. Our willingness as a society to allow racial inequity to persist for centuries is rotting the core of our democracy and eating away at the public trust and confidence of our legal system. It is time for a reckoning that demands we examine, acknowledge, and reform the multiple systems in place that perpetuate inequality and inaccessibility to the fundamental rights that must be guaranteed to all. A critical examination of how we allow people to access the legal profession and serve to uphold our laws (and ensure our rights have meaning) is no exception.

If we are to address these problems, we need to be clear about what we mean by “systemic racial inequity.” Systemic racial inequity does not require malicious intent by any single individual, which is critical to keep in mind when we consider the many lawyers, judges, and educators dedicated to upholding equal rights and the integrity of our legal system. But social, political, and/or economic factors can operate in a way that perpetuates inequity without being explicitly unjust. Working within a system that is inherently unjust risks actively perpetuating the injustices of that system, even if that is not the intent.

To illustrate the point, take the G.I. Bill, created to provide veterans coming home from World War II with access to higher education and low-interest home loans. On paper, the bill did not exclude Black veterans. But states, not the federal government, administered benefits under the bill; this allowed Southern states during the segregation era to impose as a requirement that Black veterans enroll in underfunded historically Black colleges, often with limited space for new students, in order to receive benefits. Likewise, banks responsible for making loans under the bill routinely engaged in redlining, a practice of outlining areas by race to equate people of color as inherent risks for lending money and providing insurance. Black borrowers were rejected despite their creditworthiness, and Black communities suffered lower levels of investment than their white counterparts.

The results are not surprising. While G.I. Bill-sponsored benefits led to a wave of homeownership and prosperity for white Americans, Black veterans did not see the same advantages. There are many other factors that created systemic racial inequity in the U.S. Today, the gap between white and Black Americans covers many socioeconomic indicators: median homeownership rates for white Americans is 73%, yet only 43% for Black Americans; median income is $82,000 for white households and $53,000 for Black households; and the net worth for Black households averages at $11,000, as compared to $141,900 for the typical white household.

These gaps in socioeconomic standing are also crucial when considering whether systemic barriers exist in the legal profession, because they form barriers with ripple effects reaching far down the road to becoming a lawyer. When we step back and view the pathway into the legal profession, we can envision it as a pipeline of sorts. The first thing to notice is just how narrow it is. With few exceptions, the delivery of legal services is strictly limited: only licensed lawyers may provide legal advice to people in this country. And in almost every state, there are two main junctures in the pipeline to becoming a licensed lawyer: graduating from law school and passing the bar exam. This alone has severe consequences for systemic racial inequity (which we have written about elsewhere), but for purposes of our pipeline, there is only one real path forward.

The second thing to notice is that every segment of this pipeline is springing leaks, disproportionately affecting people of color along the way. The first segment, pre-law and admission to law school, overwhelmingly emphasizes grades and Law School Admissions Test (LSAT) scores. But on average, students of color do not perform as well as white students on the LSAT, despite having similar grade point averages. To understand why, return to the gaps in wealth between these groups. For example, white students are more likely to afford preparatory classes and coaching for the LSAT, and Black students are more likely to have to work while studying. Indeed, long term analysis of SAT scores for undergraduate admissions suggest that race/ethnicity, family income, and parental education levels have growing predictive values for standardized test outcomes.

The next segment after admission is characterized by cost. In 2018, the average amount borrowed by law school students was $115,481. Most scholarships (79%) in law school are merit-based—not need-based. And merit-based scholarships are largely tied to LSAT scores. Consequently, debt is disproportionately carried by students of color, making them more likely to face financial stress while in school.

The few Black students who make it through to this point must then face the bar exam—the segment of our pipeline that acts as a gateway to connect education to the practice of law. And the bar exam is no exception to the performance gap seen with other standardized tests. Studies consistently show that the largest gap is between white and Black exam takers. Again, given financial constraints, Black exam takers are less likely to be able to fork out thousands of dollars for an exam prep course or forego a paycheck to take on months of studying for the bar. While many applicants of color do retake the bar exam after initial failure, Black and Hispanic law school graduates are at least twice as likely as white graduates to never pass the bar exam.

The result of these performance gaps—these leaks in the pipeline—is a much higher barrier for entering the legal profession for people of color, and, consequently, a profession that is among the least diverse in the country. By the time we reach the end of this pipeline, we see only drips of diversity making it through. According to the American Bar Association, from 2010 to 2020 white attorneys comprise anywhere from 86%–89% of all licensed attorneys, while Black attorneys comprised only 5%. This is troubling when around 13% of Americans are Black and 39% are people of color (including people of African American descent). In 2016, fewer than 2 in ten state trial judges were people of color.

This whole system relies on a series of barriers (the LSAT and bar exam) that were put in place as proxies for competence and quality without having established the evidence to support they were effective in doing so. Now, there is an open question as to whether we suffer these inequities in vain. Although the bar exam purports to measure the minimum competence lawyers need to practice law, neither our profession at large nor the National Conference of Bar Examiners—the organization largely responsible for producing the bar exam—have ever defined exactly what minimum competency is (although efforts are underway to change that). And our profession has yet to sufficiently address why it is okay for students to spend hundreds of thousands of dollars and three years of their lives in law school only to be deemed not competent enough to practice without one last exam. Until 2015, law schools were not even required to systematically measure and assess their learning outcomes—whether students were actually learning the skills and competencies that make for good lawyers—unlike every other higher educational program.

Meanwhile, when making hiring decisions, employers continue to give preferential treatment to things like what law school someone attended and their class rank. A high LSAT score correlates with bar passage rates, which is a major factor in how law schools are ranked. The most prestigious and typically highest paying job opportunities (like court clerkships and big firm jobs) are reserved for students who graduate from top law schools with high class rankings. But the way legal employers have traditionally hired is only connected to competencies like grit, resourcefulness, or resilience, by the slimmest of evidence—the competencies employers say they actually want. The profession lacks a robust assessment that employers can use to discover whether, in fact, traditional factors like class rank or law review are the best measure for key competencies, or whether, alternatively, they are mostly signifiers of an advantaged background. Instead, the profession seems to take an “I know it when I see it” approach—a fertile ground for implicit, if not explicit, bias. If diversity is important to the profession, these traditions alone will do little to meet the goal of a more diverse group of lawyers.

It isn’t only education, licensing, and hiring that create systemic barriers. As mentioned earlier in this writing, the way we regulate the delivery of legal services is problematic too. Each step of the way, each juncture along the pipeline, must be examined, fixed, and widened if we are ever to fulfill the promise of equal rights under the law. There is much more work to be done, data to be collected, and analysis to be conducted. But if we know of—or can develop—educational, licensing, and other regulatory standards that promote and explain success without perpetuating these systemic racial inequities, we have a moral obligation to do so. And it is more than moral courage and initiative, though both are needed now—it is our obligation to ensure this work is done as members of the legal profession and servants of the public.